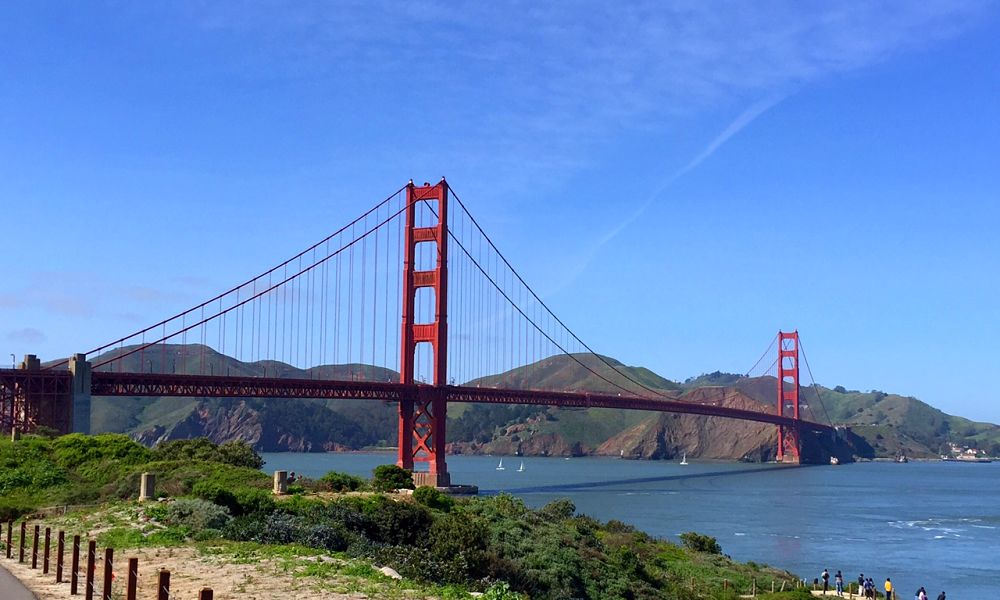 I don’t think I have ever heard anyone say they didn’t like San Francisco. In fact every time I mentioned to anyone that I was going, I was told I was going to love it. So it was safe to say my expectations were at an all time high. I guess there was only one way this was going to go…

Don’t get me wrong, I really enjoyed my few days there, but other than the the Golden Gate Bridge and Alcatraz, it didn’t have the wow factor I was expecting. I felt almost honoured to be there, there is an air of grandeur about San Francisco. There are opulent houses on immaculate streets, where no two look alike. Everywhere looks familiar somehow, the when you see the ‘Streets of San Francisco’ you almost expect Steve Mc Queen to come flashing by in his green mustang. The crooked street, the painted ladies and of course Alcatraz and the Golden Gate bridge are all easily visible.  Even their public transport is cool, the trams, or cable cars as they are called, are so much more appealing than buses, albeit $7 for each one way ride! The tech billionaires have all moved in, but to the detriment of the native San Franciscans, who are all living in the suburbs. You can’t help but feel that if you can manage to afford a house there, (average 1 bed apartment rents for $3500 per month) you would be living in a somewhat utopian society.

“It’s an odd thing, but anyone who disappears is said to be seen in San Francisco. It must be a delightful city and possess all the attractions of the next world. OscarWilde” 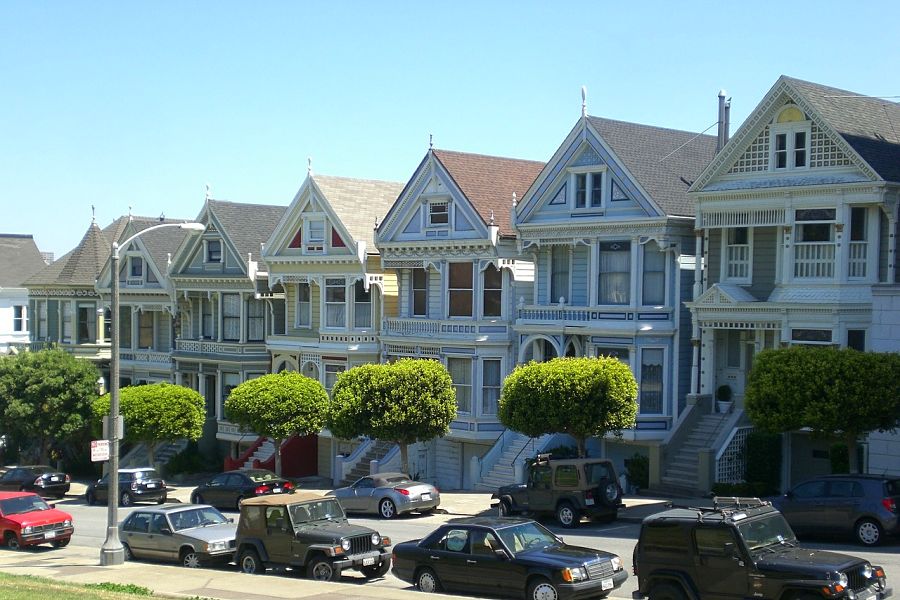 I did however, absolutely LOVE biking the Golden Gate bridge, it was honestly one of the best experiences I had in my three week trip of California. It is something that I would recommend anyone visiting San Francisco to do, regardless of fitness levels. My 5 and 8 year olds loved it too and although its only 8 miles (from Fisherman’s Wharf to Sausalito) you really feel like you have accomplished something, and for me, one off my bucket list! I would suggest cycling one way across the bridge and downhill into Sausalito. Sausalito is a picturesque town to have lunch in and there are regular ferries back to the wharf. For more information on biking the bridge, you can read my blog here. 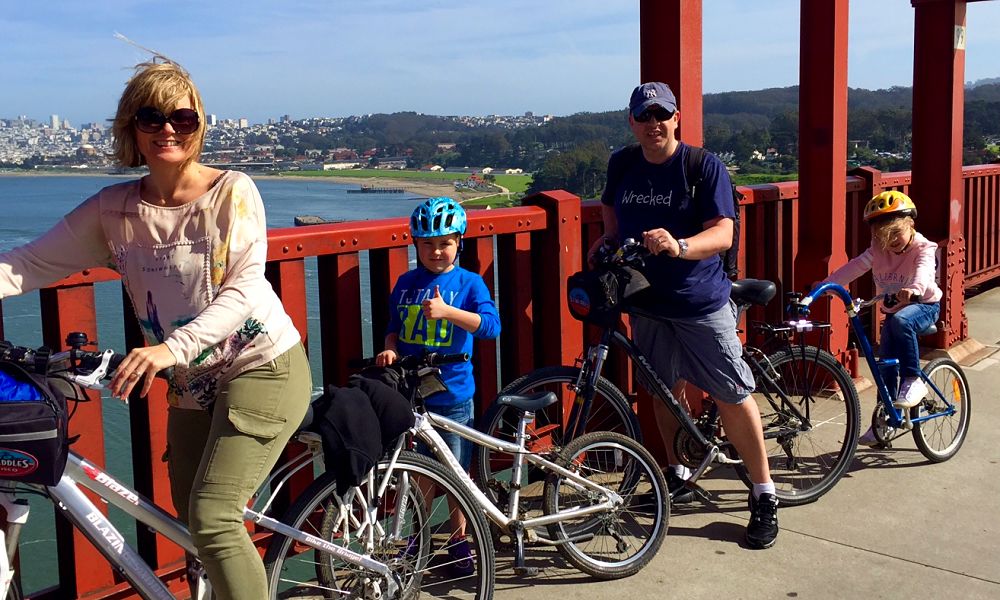 Alcatraz is another highlight. Make sure you book tickets in advance online as it is not something you can just ‘rock’ up to without a prior reservation. The self guided audio tour is excellent, given by ex prison guards and inmates, you really feel like you were in the prison when it was in operation. My husband and kids loved it too. You are able to access the prison cells and most parts of the prison, and on a clear day the views from the island are stunning. Looking across the bay you can’t help but wonder how the inmates must have felt, knowing that they were so close and yet so far from freedom. 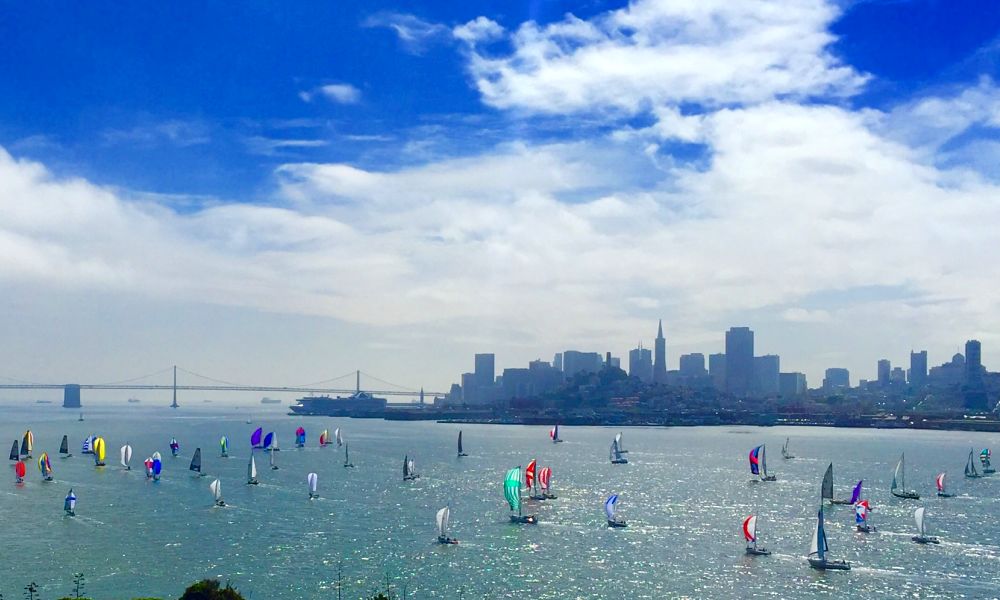 We stayed at the Suites at Fisherman’s Wharf, which are centrally located and can be booked via airbnb. Situated only minutes from the wharf and Lombard Street (the crooked street) and the tram stop is only one block away. I loved that they had a kitchenette so we could make breakfast each day. Incidentally eating out in San Francisco, in fact most things in San Francisco, are expensive. Breakfast for four of us at a local café was $70. Hence the kitchenette was handy! The complimentary tea and coffee at reception was also a nice touch. 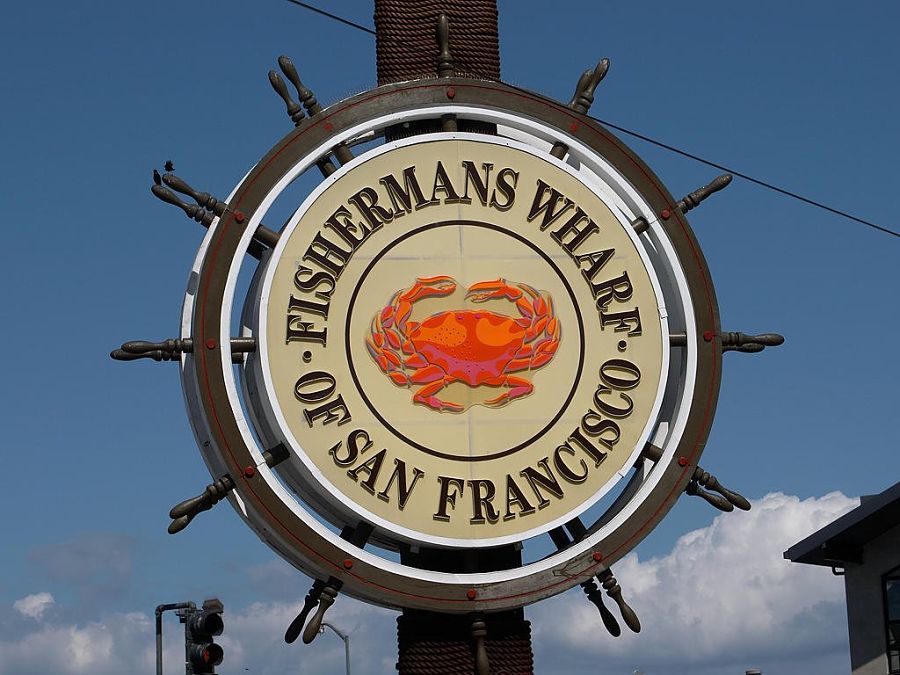 Fisherman’s Wharf however, was a big let down for me, a purpose built street lined with arcades, teeshirt shops and over priced restaurants. Pier 39 which I had heard so much about, is a major tourist trap, complete with fast food outlets and it even had performing seals! There was one exception, Ghiradelli Square, at the end of the wharf, is well worth a visit. Founded in 1852, Ghiradelli chocolate is famous worldwide, their marketplace in the heart of the square is a chocolate lovers paradise. Try one of their ice cream sundaes – trust me, they are amazing. 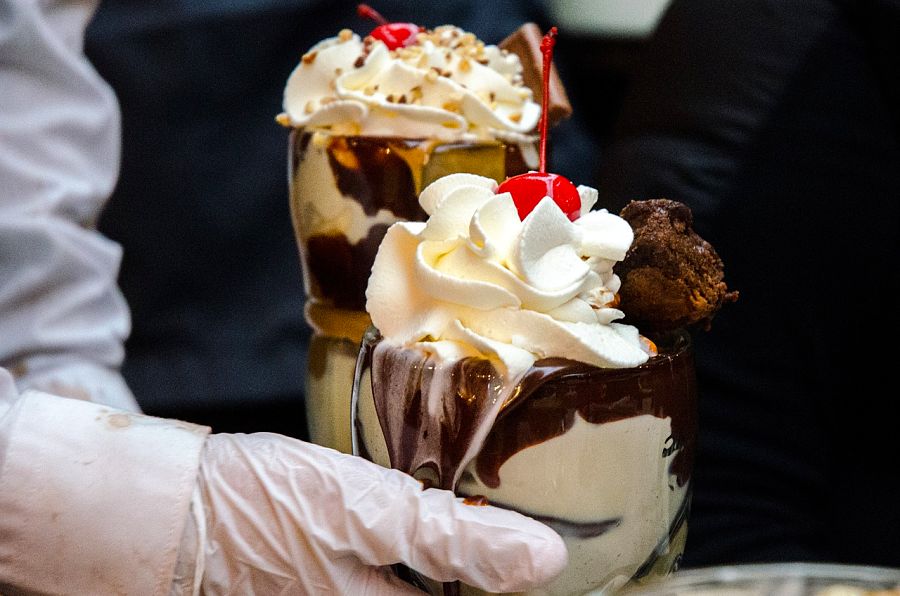 Union Square is much more authentic. It is like the centre of any city really, no real wow factor but filled with locals rather than tourists and has a much nicer vibe than Fisherman’s Wharf. This is where you will find Macys, Bloomingdales and pretty much all the high street shops. O’Farrell Street has some great bars and restaurants, Johnny Foleys in particular. They serve great pub grub and the best Guinness in San Francisco (so I’m told). It was also nice to see ‘proper’ food on the kids menu. Grilled organic chicken breast with mashed potato and veggies was a welcome surprise from the usual burgers, pizza, mac and cheese that was on every other kids menu!

If you are travelling without kids, go at night time and enjoy it’s piano bar, it is a great night out. The Mission and the Castro (gay neighbourhood) districts are the other best places to hang out at night time if you are over 21. Remember if travelling to anywhere in the States with kids, you cannot go into ANY bars after 9 pm, even in some hotels. 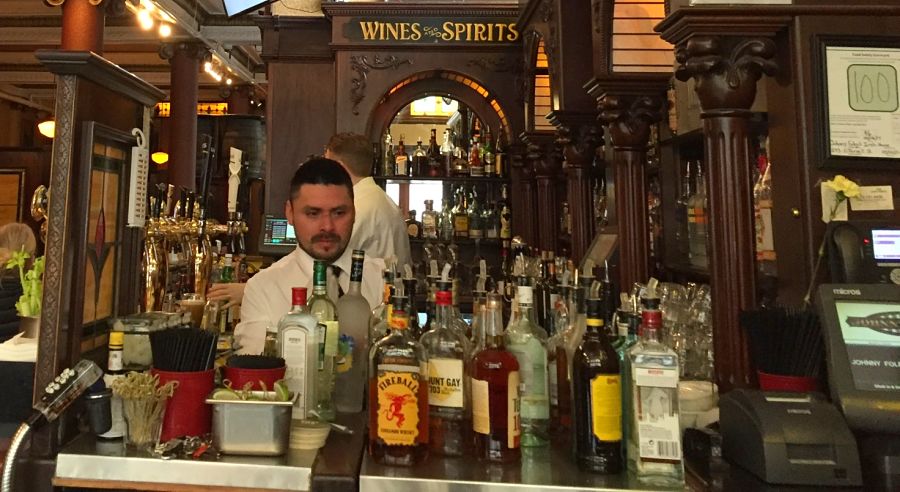 For great views of the city go to Coit Tower, its only $8 to get to the top. Try to time it for the afternoon, a cloud or even fog seems to descend on San Francisco in the morning. An alternative to Coit tower is the Cheesecake factory at the top floor of Macys. You can get a great view of the city and of course some amazing cheesecake!

So there you have it, San Francisco – the good the bad and the ugly! Seeing the iconic Golden Gate bridge and visiting Alcatraz were some of the highlights of my California adventure. But now that I have seen them, will I go back? I don’t think so.