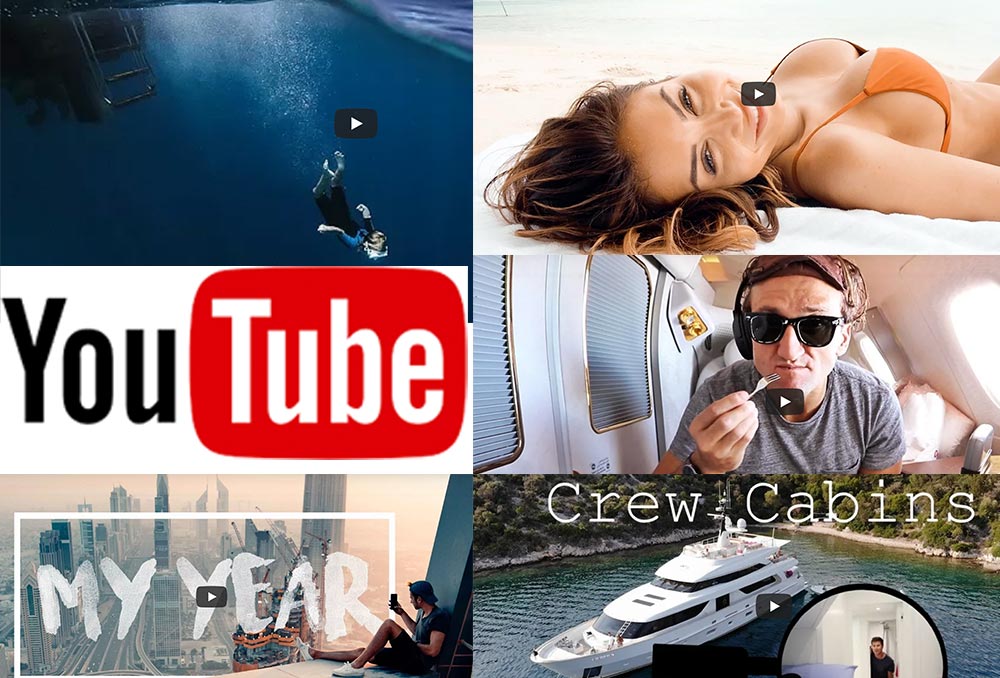 YouTube is great for finding out all sorts of information, but one of the attractions for me, is watching awesome videos from the world’s best travel vloggers!

Owned by Google, YouTube is much more than a video platform nowadays. It is the second biggest search engine in the world and with 300 hours of video being uploaded every minute, there is literally a video on everything. I have been drawn to YouTube because of my kids – they now prefer it to TV! So I have found myself watching the platform now and I wanted to share some of the best travel vloggers with you. There are plenty of them out there, but these people are definitely my favourites. I’ve also stuck their most popular video for each below, so you can get a flavour of what they do and how they do it. Hopefully they will give you some travel inspiration or help you with your travel plans. 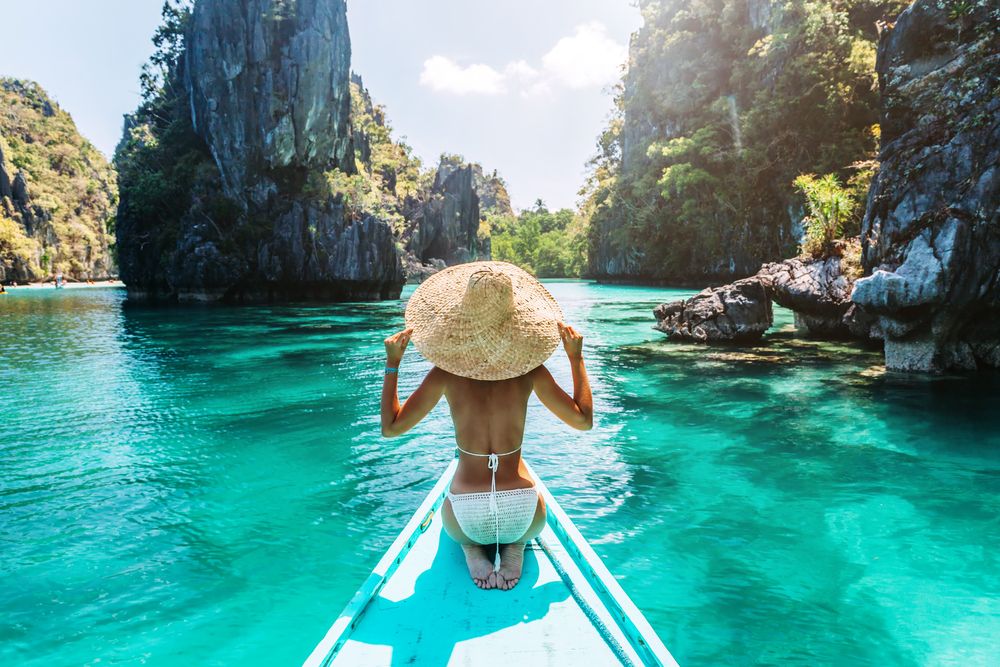 Using the moniker ‘LostLeBlanc’, this Canadian has grown to over 1m subscribers in 4 years. Not taking himself too seriously, he travels mostly through Asia with his girlfriend Katy. Incidentally, Katy is a YouTuber too and has over 1m subscribers to her own (Spanish speaking) channel.

His videos show him travelling as well as some element of education in videography. A light hearted couple travelling for fun that have managed to make a full time career out of it now too, through YouTube and other various online income streams and collaborations with hotels and tourists boards.

Moving swiftly from old(ish) to new kid on the block, we arrive at Michael Gray (or MikeVisuals). He is a young guy from the UK who makes pretty stunning videos of his travels. He combines this with advice on how you can create similar quality videos. He is primarily a filmmaker that loves to travel. You can check out his website HERE. Despite only having 8ok plus subscribers, he is definitely one to watch in travel vlogging.

It would be remiss of me not to include one of our own! A homegrown bona fidé Irish travel blogger who has made a living touring the world, Janet has opened up her YouTube channel.

With a huge following on other platforms and a unique insight into how to grow a platform, I have no doubt Janet will have great success on her YouTube channel as well. With all her her quirky videos of places she visits this channel is likely to grow and grow, so watch this space.

Elayna and Riley are an Australian couple who have the dream of circumnavigating the globe by sailboat… initially having no clue how to sail though. They have now sailed over 70,000 nautical miles and have been on the high seas since 2014. Through their videos, they want to inspire others to explore alternative options of living and to spread ocean awareness.

Riley, from Adelaide in Australia, had very little sailing experience when he flew to Bari, Italy and purchased the 43 foot Beneteau yacht. What followed was a fairly steep learning curve. He met Elayna, who was working as a singer, travelling Europe and she decided to join him on his quest! For a laid back look at a sailing around the world, this is one channel worth checking out or alternatively you can visit their website here and meet their latest crew member, their son Lennon Foster Whitelum.

Also ocean themed is the YouTube channel of Jared Watney. A native of South Africa, Jared and his girlfriend documented their time served as staff on luxury superyachts and soon found a significant following on YouTube and Instagram. So much so, Jared has now made a career out of his YouTube channel, photography and filmmaking. Mostly shot initially on a GoPro action camera, the channel is only two years old and has already close to 50k subscribers.

Some of his most popular videos are the information ones like showing you the crew accommodation on a superyacht or can the crew use the superyacht freely when the owner is not onboard? Find out the answer here, if you really want to know!

The glamorous couple, Pia Muehlenbeck and Kane Vato run a very successful business, as well as a very popular YouTube Channel. Perhaps not as successful as Pia’s Instagram account which has 2 million followers though. They also run Slinkii which is a global swimwear, yoga accessories and fashion brand, built from nothing and Pia is the face of it!

Their travel exploits come through conferences and opportunities abroad that arrive via Slinkii. It all looks very glamorous, but I know that there is very hard work going on behind the scenes.

This is one of my absolute favourite YouTube channels. I guess it is because I feel I can relate to Garrett and Jessica and their young family. Travellers with kids, but these guys have gone all in. Calling themselves ‘Family Travel Journalists’, they have been traveling with their three kids since the summer of 2015 and making their living online.

It started with three bucket list items, (1) To swim with whales, (2) launch a paper lantern at the Lantern Festival in China and (3) just live like locals wherever they went, even with the Maasai warriors in Africa. That bucket list though, continued to grow and grow with new adventures somewhere around the world.

It’s hard to mention YouTube without mentioning Casey Neistat. Casey was a very early adopter of the whole YouTube thing and even had his video ‘iPod’s Dirty Secret’ go viral three years before YouTube even existed. Casey has over 11m subscribers at the time of writing and most of his content is set in Manhattan were he lives.

His travel exploits generally come from his exploits around the world as he travels to give talks at many conferences. His subscriber base exploded when he decided to do a daily vlog for over 12 months. Putting out content everyday must have been very difficult but he did and got his just rewards, a massive subscriber base. Casey lives in Manhattan with his wife Candice and two daughters and Youtube has become the backbone of his income, whilst also selling a business to CNN for millions too!

This American YouTube channel is slightly different. It features Emily, Corey and their rescue pups. These guys have been on the move around the US for more than 5 years, living in a vintage VW camper van.

With lots of information on a popular movement in the US, just check out #vanlife on Instagram, these guys are inspirational really. It’s not really something I’d like personally, but I do enjoy watching these guys doing it.

Theo and Bee began documenting travelling Europe in their converted VW van in June 2014 and they are still going. Previously going by the name VDubVanLife, they have evolved to include many different aspects of their lives and travels, as well as all the other people they meet along the way.

In 2018, they went bigger and converted a LWB Sprinter Van into their full-time home, and are currently living in it. They say ‘getting out in the van has been such a fantastic way to see the world and we love sharing it with everyone! Again, perhaps not for those who enjoy their creature comforts, but their channel is great for something different.

As Karl’s channel states, he is bringing us ‘backpacking adventures from around the world’ by making travel documentaries (his term, not mine!), there is something for everyone in here. With nearly 100 videos from Cambodia to the Grand Canyon, Karl makes honest and entertaining videos that are well worth a look.

He makes the videos for many reasons, not least of all to share them on YouTube with his 70k plus subscribers. For him though, ‘making a film of a trip is the ultimate souvenir’  – as he gets to relive the adventures he has been on.

Matt Kepnes was a latecomer to the travel bug, not taking his first trip outside the US until he was 23, heading to Costa Rica in 2004. That single trip infected him bad…with the travel bug! The following year he headed for Thailand, met others with the same ‘disease’ 😉 who showed him how to feed his travel habit and do it for very little money. He began travelling full time in 2006 and has never looked back. Matt has visited over 100 countries to date and has no sign of stopping. One thing he did find out in his journeys, is that you do not have to be rich to travel! Matt now makes his living as Digital Nomad, educating others online, on how to do what he has done. You can check out his website here.

Ryan and Stacia, two adventurists uploading cinematic travel vlogs every single week. He is a professional web developer and an amateur filmmaker who is mad about tech! She is dance instructor and choreographer. You can check out their website here but be prepared for envious travel. They are currently in Asia.

A Tennessee couple on a mission, Kara and Nate set out to travel 100 countries by 2020. They have been on the move since January 2016 with now sign of stopping just yet! With 83 countries stamped in their passports, the couple uploads travel vlogs to YouTube every other day from both popular and lesser touristed destinations. With over 500k subscribers, Kara and Nate double down on value by providing an incredible set of resources like income reports, travel cost hacking, and video editing tips as well as great videos on destinations. As well as their proficient YouTube Channel, you kind find out more about them on their website HERE.

No list of YouTubers or travel vloggers would be complete without mentioning Sam Kolder. He is one of the best travel vloggers in the world and the one that everyone wants to emulate, or at least have his filmmaking and editing skills. Born in Toronto, Canada, he got his big break touring and shooting videos for the band ‘The Chainsmokers’ and after a tragic accident that claimed the life of his older brother, Sam decided that he needed to face his fears and passions. Sam now travels the world with friends and collaborates with some of the best known brands in the world. The cinematography of his videos is wonderful and for a good looking guy in his early twenties who loves extreme sports, he has the world at his feet.

Other vloggers try and emulate his style and the filmmaking community itself on YouTube have taken to dissecting his videos with many channels dedicated to his editing and storytelling methods. With no searchable website to find, Kolder prefers to let his stunning cinematography and photography that he posts to social media do the talking for him. If you are one of Kolder’s 914K Instagram followers, then you know he has a pretty busy and epic life.

With the skillset he has now in his mid twenties, I’m intrigued to know where that skill will take him over the next 10 years. Check out his channel KOLD.

So there it is, some of the best travel vloggers on YouTube. If you get a chance, check them out or if you have other ones you think are great, let me know in the comments below. I’d love to hear about more. Hey and whilst your at it, subscribe to my YouTube channel HERE! 😉