family apartments on the beach in south africa 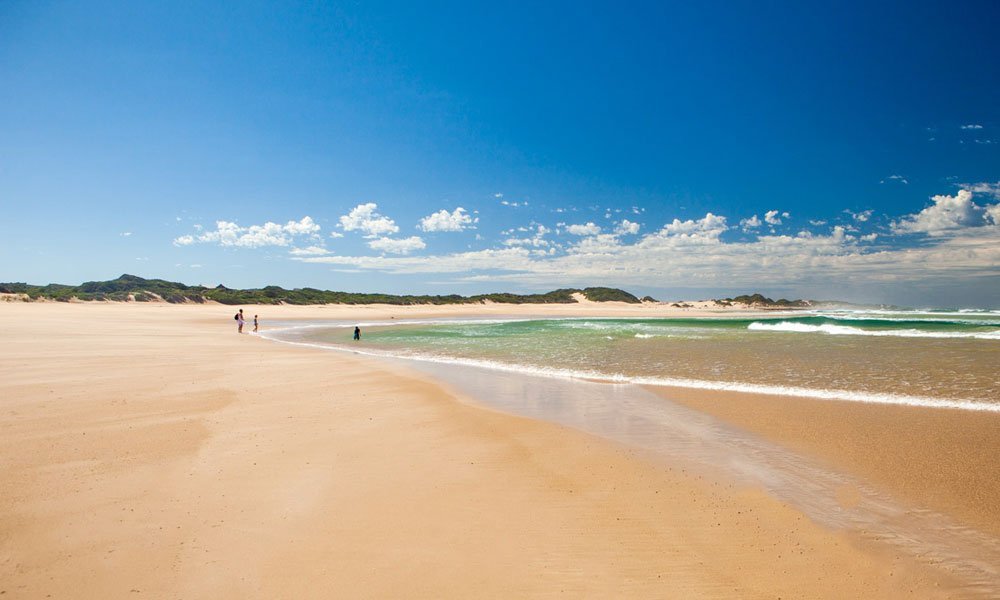 After a quick two night stay in Plettenberg Bay, our Garden Route adventure led us to Cape St Francis. I assumed, like many, that Plettenberg Bay was the ‘best’ beach resort on the Garden Route. I was wrong. Located only sixty miles from Port Elizabeth, Cape St Francis boasts the mildest temperatures and the longest hours of sunshine on the coast. It’s unique location as the most south easterly point in South Africa allows you to see sunrise and sunset from the same vantage point – something I found astonishing! With a host of water-sports on the beach, as well as a top rated golf course close by and the chance to see dolphins and even whales (from August to December) – I am still lost as to why Cape St Francis is not more widely known.

When we arrived at Cape St Francis resort, I knew immediately we were going to love it here. Our beach house was amazing! A massive thatched house, just 100 meters from the beach with a BBQ, sun loungers and our own swimming pool, we were all blown away. There was even a rooftop with a table for sundowners! We were literally a minute walk from six miles of magnificent beach and so few people on it. The only problem was two days wasn’t going to be enough!

We spent the afternoon relaxing by the pool and decided to have a ‘braai’ (South African barbeque) that night. After two weeks of dining out for lunch and dinner, it was great to be able to sit in, relax and cook. The small shop on site had a selection of meat and salads and we had a nice bottle of wine from our recent stay in Val du Charron wine estate. It was perfect. The next morning, we were greeted by two ladies who said they had come to cook our breakfast. I had noticed that breakfast was included, but I had no idea it was going to be cooked and served up to us in our own house! What followed can only be described as a decadent display of fruits, granolas and yogurts. It was incredible, but it didn’t end there. We were then offered a hot food menu. We had choices of fried, poached, boiled or scrambled eggs, omelettes or a full breakfast with sausages, bacon, mushrooms, beans, tomato etc. I wasn’t sure whether to be embarrassed or grateful. Maybe I felt a bit of both, but it was an experience I will never forget. 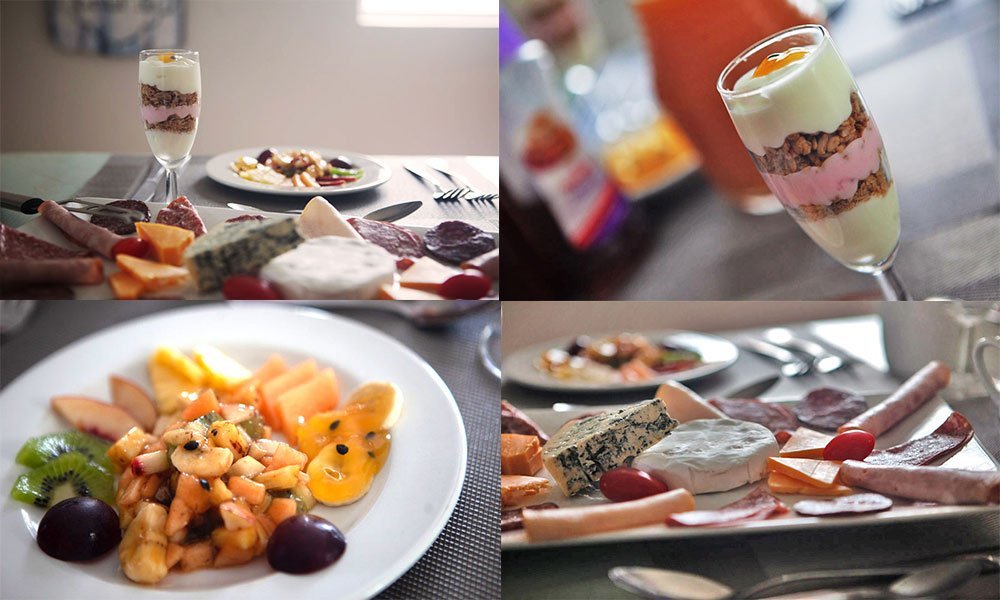 Cape St Francis Resort has a real family holiday atmosphere. It reminded me of a Mediterranean holiday resort, and was completely different to any of the other places we had stayed in South Africa. It was founded by a back-packer in the early 70’s who initially built a hostel. While he still owns it he continues to travel the world, albeit on a luxury yacht! The food, the service and the accommodation is superb. There is a wide selection of accommodation options to choose from. There are self catering apartments, three and four bedroom cottages, four star beach villas, like the one we stayed in, and five star beach villas. This means that although you might be staying in a five star beach villa, the resort does not feel five star. The atmosphere is so relaxed, almost like a home from home. 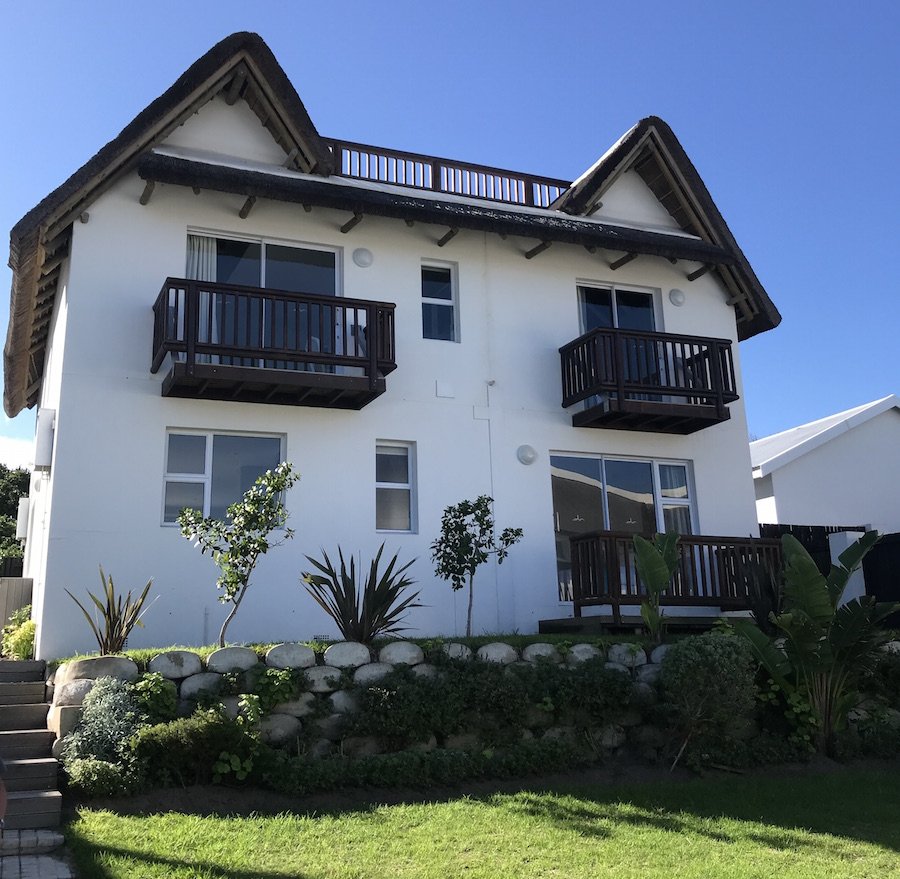 We enjoyed lunch at the pool bar, Joe Fish.  All of the food was excellent and far superior to your average pool bar restaurant. I tried the healthy burger and it was was delicious, it was served without a bun but with salad and sweet potato fries. The kids were able to play happily in the pool while we enjoyed a leisurely lunch and soaked up the sun. 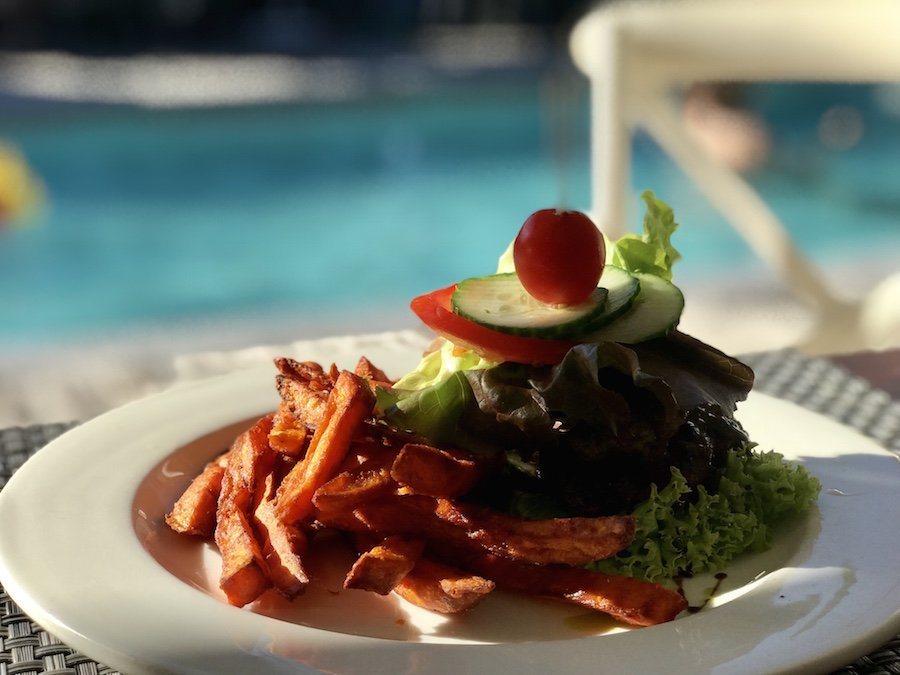 In fact it was so good we decided to dine in the restaurant for dinner on our second night. The restaurant didn’t have bright white walls and modern furniture, it was a mismatch of chairs and tables, in a room that looked homely, if even a little tired. It didn’t matter. We stayed in an expensive, modern beach club in Plettenberg Bay, a few days before, but ask me which I preferred? I would say Cape St Francis every time. There was no need to dress up, shorts and flip flops were perfect dinner attire and when dinner was over, I relived my youth as the live band rocked Sweet Child of Mine from the bar! 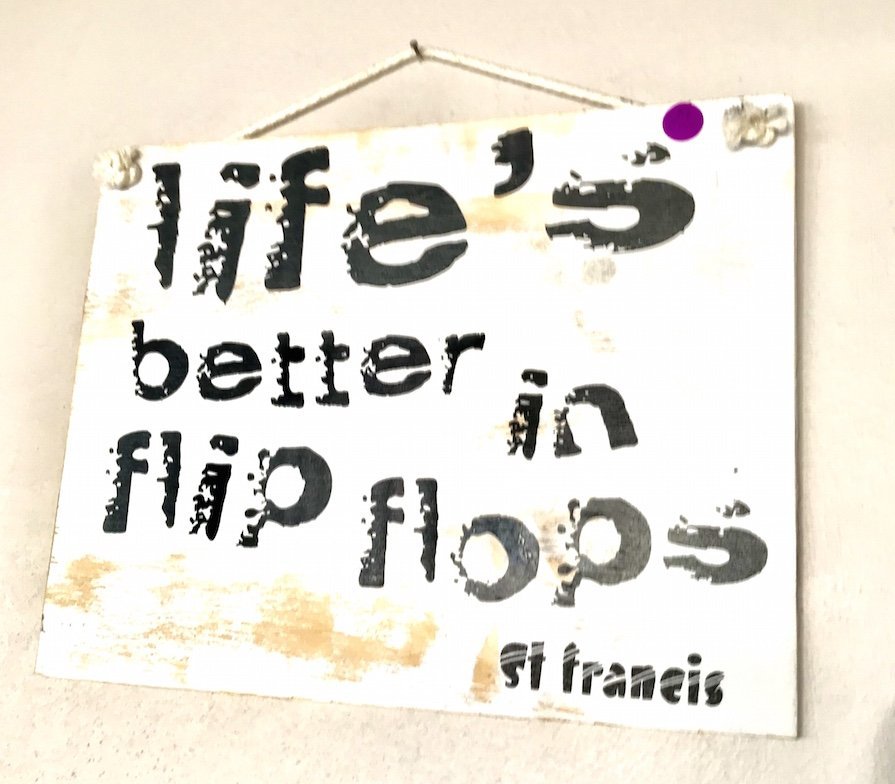 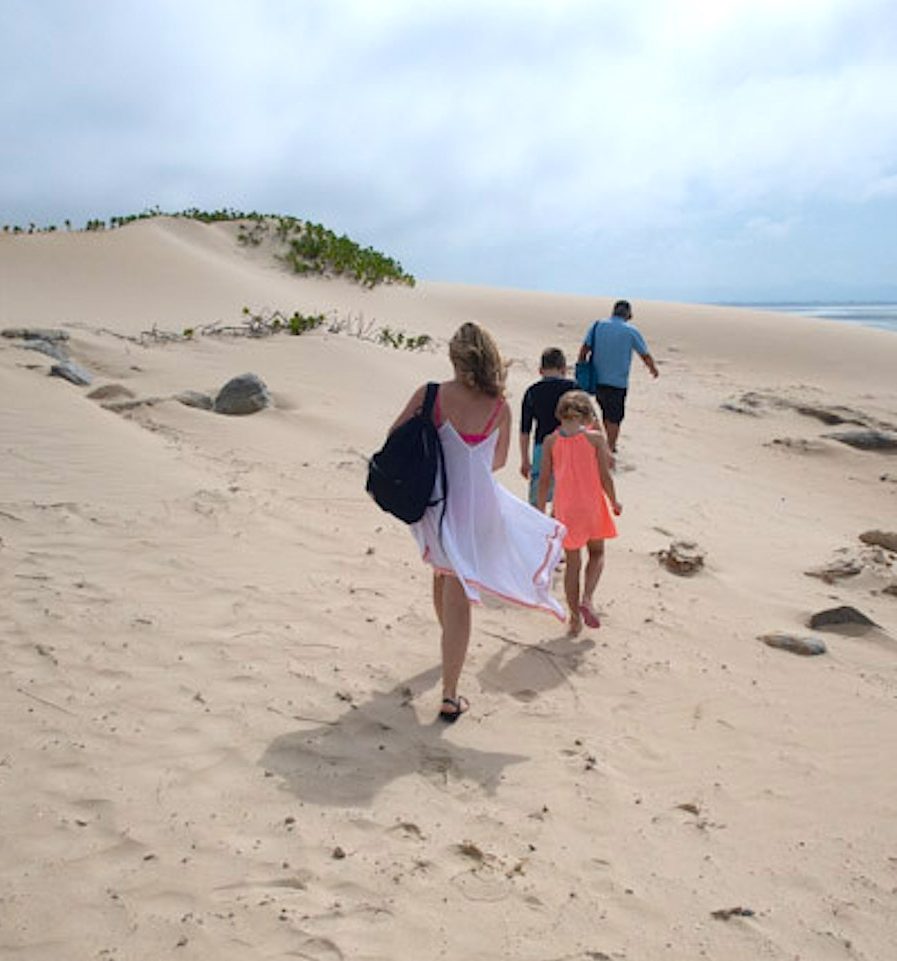 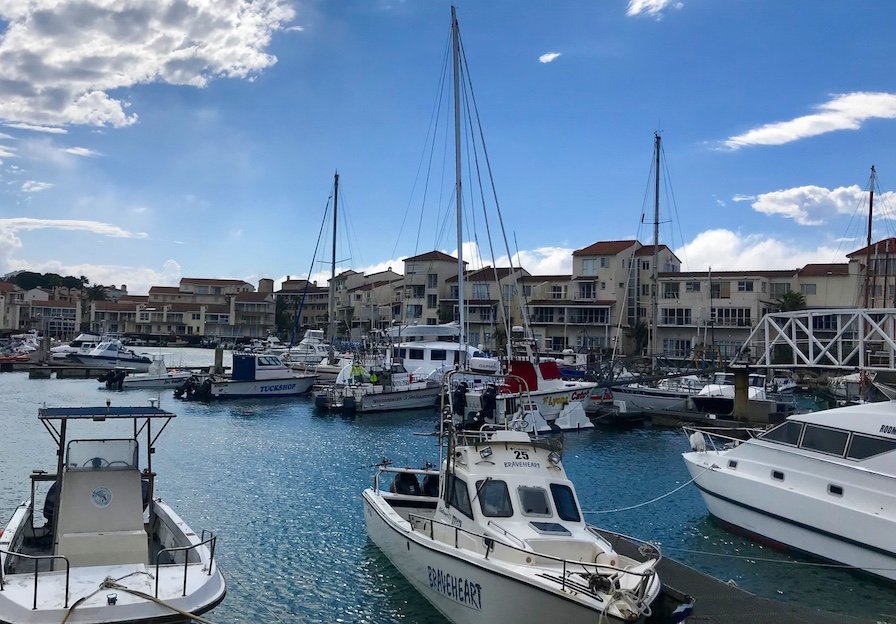 When we initially drove into Cape St Francis we passed a small street with a sprinkling of shops and a bar. We naively thought this was the town. It was only when we decided to take a boat trip that afternoon, that we found the ‘real’ Cape St Francis. This pretty town has a selection of shops, bars and restaurants and is located beside upmarket canals. Many people stop here for a few days while driving the Garden Route, but don’t bother to venture outside the resort. This is a mistake. There is so much to do in the surrounding area. We took a cruise along the canals which took about an hour. We got terrific insight into the local area as we ogled at the multimillion euro thatched homes with speed boats parked outside! Built in 1967 by a local who came back from the Everglades, Cape St Francis Bay is world’s apart from the beach resort. We sat back and enjoyed some sundowners, it was so relaxing. This leisurely canal cruise can be booked at reception. 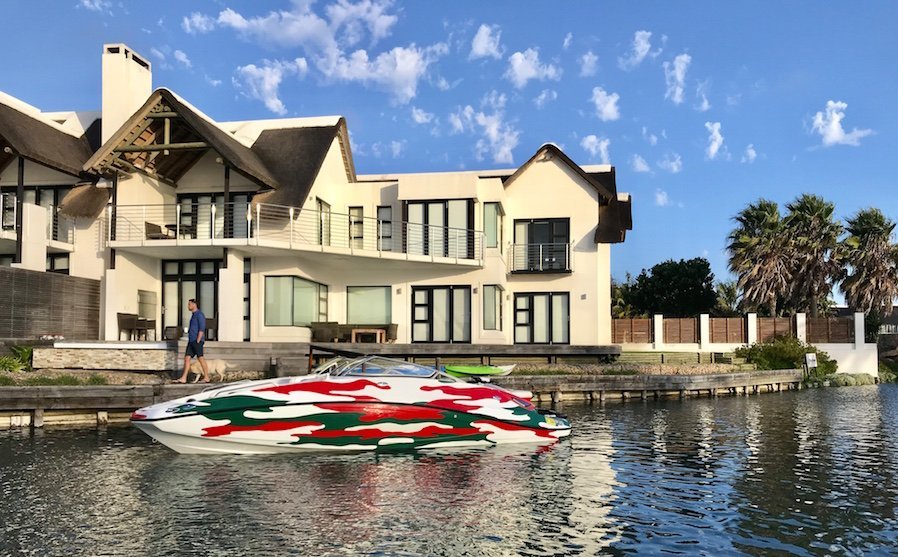 Cape St Francis is home to five nature reserves which have numerous walks and hiking trails. Seal Point and the Cape St Francis Lighthouse are next to the penguin rehabilitation centre, where African Penguins are rehabilitated before being released back into the wild. The penguin release rate is as high as 96% and with penguin releases every 10 days, you may even be lucky to witness one! If you want to travel further afield you can visit Baviaanskloof, the world’s largest nature reserve, about an hours drive from the resort. Expect to see deep gorges, mountain cliffs and stunning views as well as an abundance of wildlife. Ado Elephant Park boasts the largest concentration of elephants in the world where visitors can see over 100 elephants on one game drive. It is also home to lions, buffalo and various antelope. If you still feel the need for adventure, the world’s highest bridge bungee jump is located in Tsitsikamma National Park, as well as a host of other activities. Both Ado and Tsitsikamma are located just 90 minutes drive from Cape St Francis Resort. 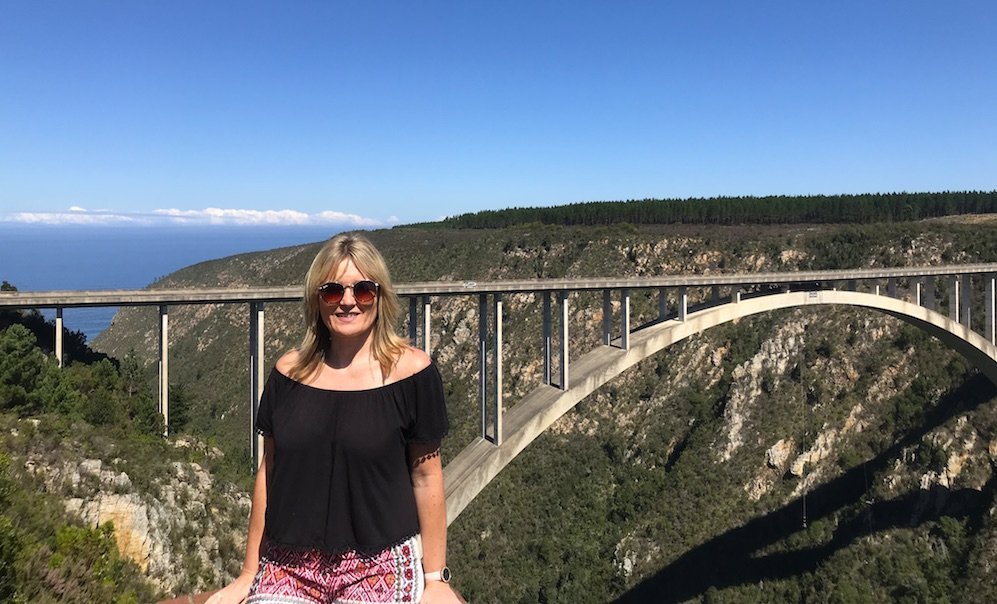 Driving the Garden Route from Cape Town to Port Elizabeth is a superb family holiday, I would go so far as to say, one of our best. But sometimes you need to just relax, stay in a holiday resort rather than a hotel. Cape St Francis Resort is that type of place – we were on our holidays after all! Plettenberg Bay, Jeffries Bay and Kynsna are all renowned as being the best places to stay on the Garden Route – but take the road less travelled and stop in Cape St Francis.  You won’t regret it.