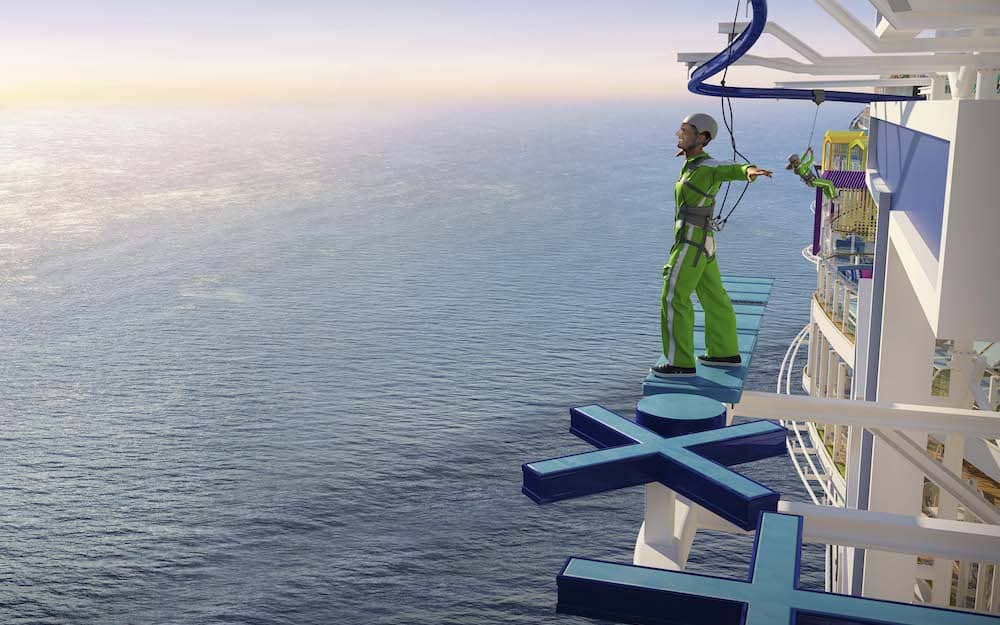 Where will our tourists stay, the return of fuel surcharges, the world’s largest cruise ship, and lots more – Eoghan Corry talks travel this month.

A staggering million and a half bed nights out of the tourist offering on the Wild Atlantic Way are gone – where will our tourists stay next summer? Many airlines are charging €350 extra for trans-Atlantic round trips, while Royal Caribbean International had the busiest sales day in the history of the company. All this, and more in this month’s travel talking points from Eoghan Corry. 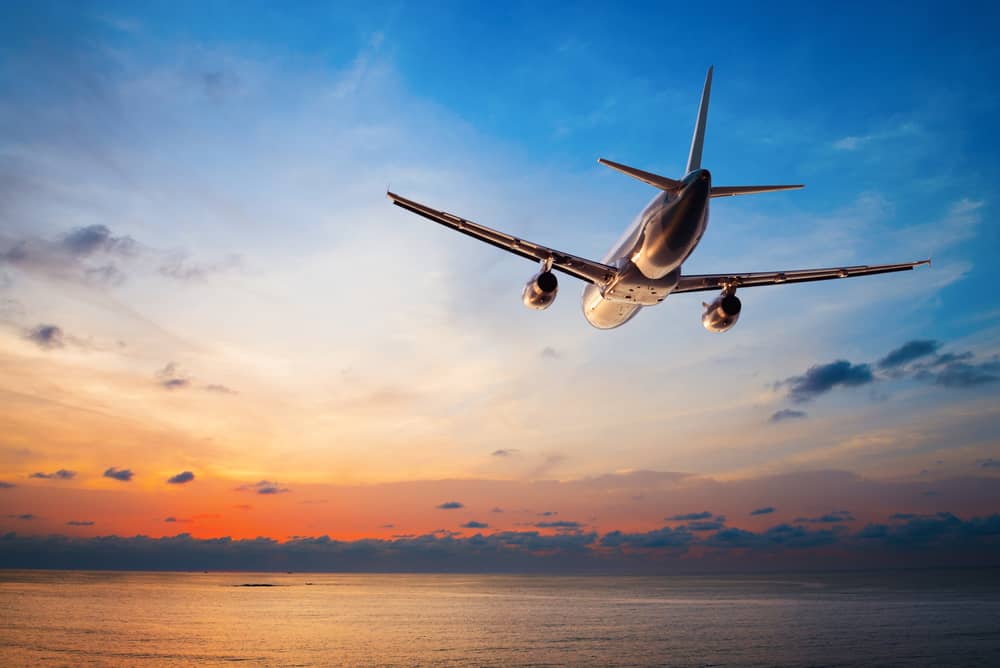 Nobody calls them FUEL surcharges anymore, but they are back. Carrier-imposed surcharges (YQ/YR on that booking) are stowing away on airfares once more after a 12-year-absence. Many airlines are charging a hefty €350 extra for trans-Atlantic round trips, even more in business class.

Passengers on frequent flyer programmes can sometimes avoid them, so it is a good time to join. Aer Lingus have avoided the drift, unlike their IAG colleagues BA and Iberia.

Read: The beginners guide to AerClub and why you should join

Ryanair, of course, will never impose a surcharge, as they promised in 2008. A churlish person might venture that charging €21 for priority boarding on their €10 fare might obviate the need for surcharges, but that would just be quibbling. 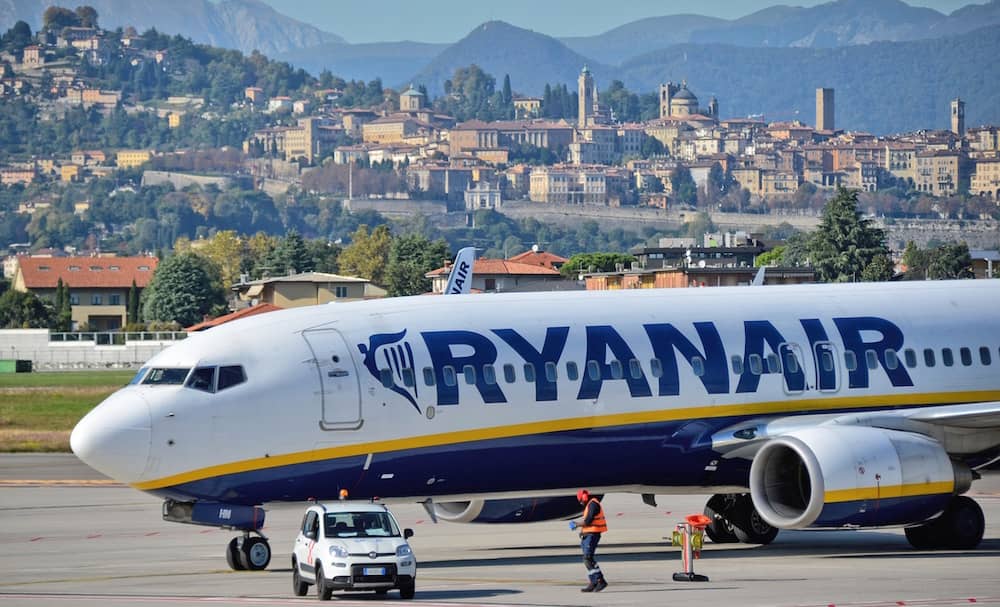 Long, long ago, when Michael O’Leary first discovered Machiavelli, there were two services to Rome from Dublin, Fiumicino with Aer Lingus and Ciampino with Ryanair.

Ryanair’s airport was closer to the city than Aer Lingus’s, albeit marginally, 26km v 32km, bucking the trend of other cities (Memmingen/Munich, Hahn/Frankfurt and Beauvais/Paris), But Fiumicino has a rail connection, the 32-minute Leonardo express, Ciampino does not.

Machiavelli O’Leary sent to Rome to announce that all Ryanair flights are henceforth going to Fiumicino as well. They include the Dublin service from Oct 30 and Cork from Oct 31. Dublin to Ciampino stop the previous day.

Announcing 30 new routes from Italy (18 of them from Rome), O’Leary also predicted the demise of ITA Airways (continuity Alitalia). Ryanair will still operate 33 routes from Ciampino.

Ireland’s inbound tourism access for 2023 is looking strong, with a new route to Cleveland, the revival of Hartford and the continuation of surprise routes like Calgary. But our tourism beds are disappearing like a Hallowe’en spell. In 2022,

15% of beds in Dublin and 12% in Belfast were taken up by government contracts, including Ireland’s largest hotel, the 764-room Citywest. Even tourist-focused properties such as Wild Atlantic Lodge in Ballyvaughan are out of commission.

A hefty million and a half bed nights out of the tourist offering on the Wild Atlantic Way are gone: 2,500 beds are currently unavailable, and that could rise to 3,000 next summer as hoteliers hedge their bets against rising costs and recession.

Most of the disappearing beds are low budget, three star hotels catering to the European coach tour market, and hotels that have been significantly underinvested in years. Would our hoteliers be tempted if the Wild Atlantic Way was working properly and not as seasonal?

The cruise industry needs as much excitement as it can get, and has just gotten it. Icon of the Seas is not yet due to launch for twelve months.

Royal Caribbean did the big reveal this month and launched with prices a whopping 75pc higher than for Wonder of the Seas and yet it had the busiest sales day in the history of the company. At 7,600 passengers (2,805 cabins) is even bigger than its predecessors, a town the size of New Ross floating around the Caribbean. 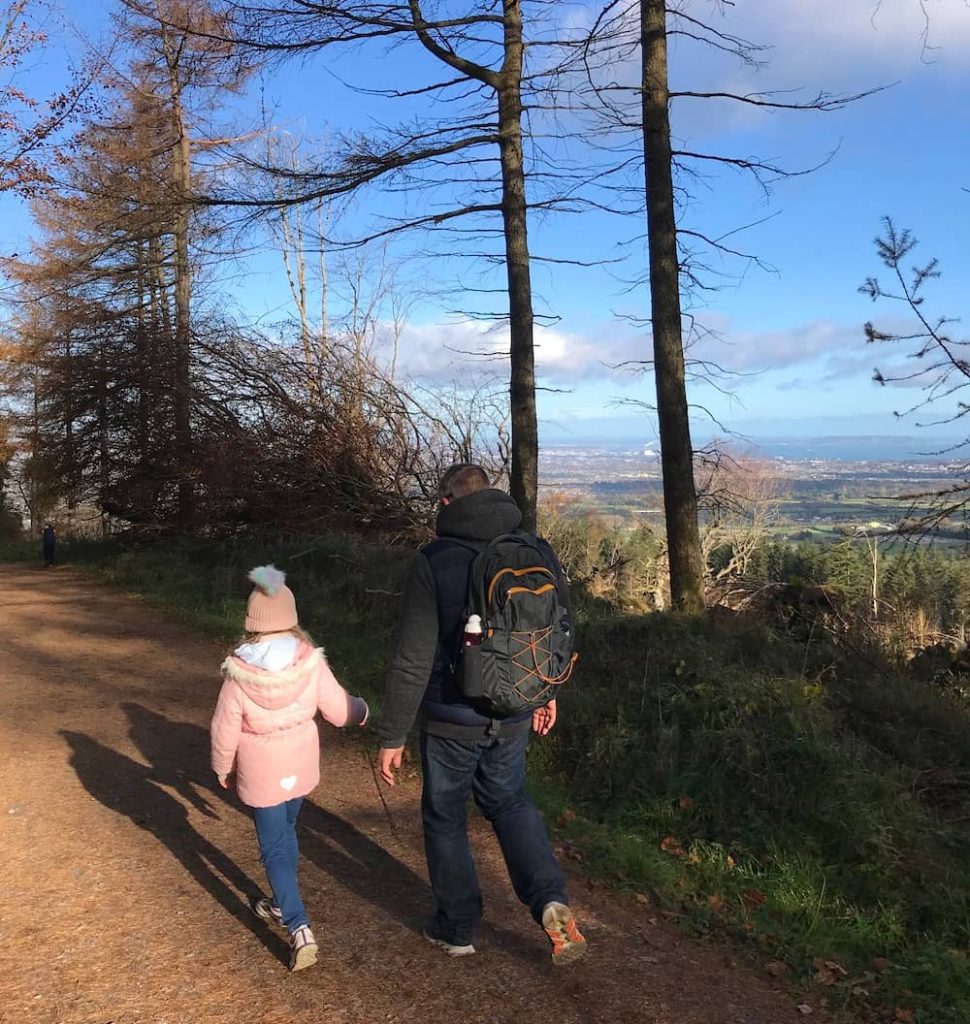 Given all the public money which was spent on the Upper Vartry Reservoir Trail, it is alarming that it was blocked and it took a protest to reopen it again. Rights of way are subject to permissive access in Ireland, as opposed to the right to roam legally enacted in England and many mainland countries.

Access for walkers to Fenit Island near Tralee has been blocked for over 15 years, despite a District Court Order early this year demanded that the fences blocking access be removed.

Access to the traditional path to the Wicklow Head Lighthouse has been blocked. Doctrinaire interpretation of article 43 of the constitution and the absence of robust legislation makes county councils reluctant to challenge blockages on traditional pathways.

If access to countryside places in Ireland is voluntary it can be withdrawn, an unspoken and worrying stumbling block on every new greenway in the country. 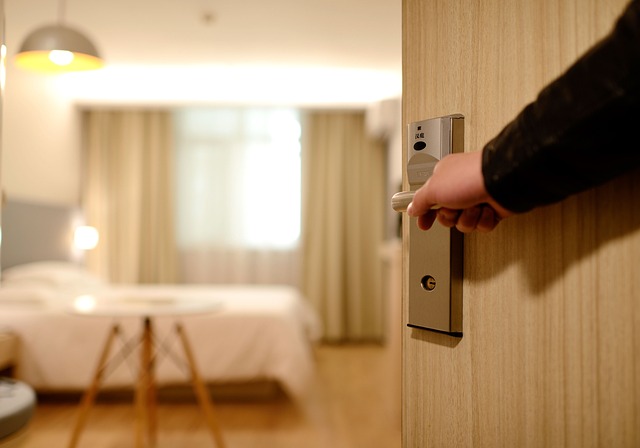 November is shoe-leather month for your correspondent, when he takes to the byways and boreens of Ireland to hear what the beleaguered army of home holiday tourism and hospitality people have to say.

One big takeaway is how many businesses saw a downturn on 2021 and even 2020. Home holidays were never seen as a long term alternative to markets such as Spain and Portugal, but the post-Covid decline has been sharper than expected.

The other problems include energy bill hikes of 30pc, inflation on items like linen and food, insurance hikes of around 20pc, the ongoing staffing problem, and more complex questions about the direction and structure of capital funding. If our hotel bills are rising, there is a reason.

What a beautiful day to go snorkelling? Australia’s new €80m cute-and-cuddly “Come and Say G’day” campaign by Hallway ad agency is the clearest signal yet that Tourism Australia see the future, post-Covid, in Asia.

They could be on to something else as well: the CGI influencer. The ad pays tribute to Greg Ham’s controversial flute solo from THAT Men at Work (Men Not-At-Work?) song, a staple for the decision makers in 420 George St since the 1980s when Paul Hogan invited us to put another shrimp on the Barbie.

The campaign also clings on to the safe “There’s nothing like Australia” slogan, a reminder that Australia was responsible for a slogan regarded worldwide as one of the disastrous ever: “Where the Bloody hell Are You.” Meanwhile in New Zealand, the world’s most successful tourism slogan, “100pc pure” is entering its 24th year. 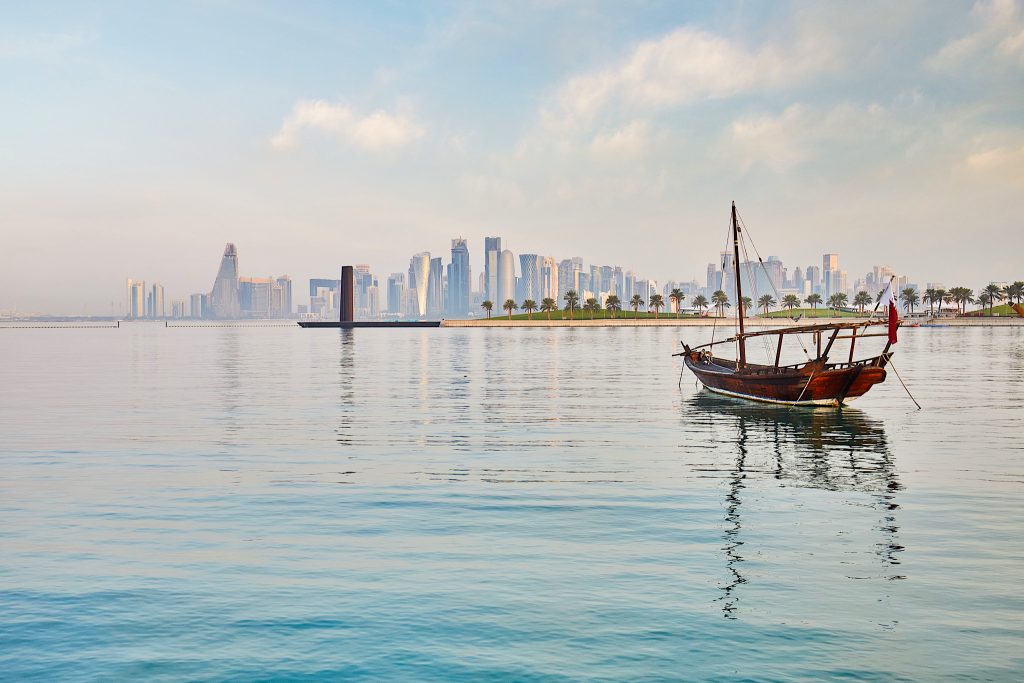 Ireland’s men failed to qualify for the world cup in soccer (unlike the fair gender), but that has never before deterred our fans from travelling. Ireland provided the fourth-most fans from any major market attending Germany 2006, and we did not even qualify.

This year is different. Beds are scarce, partying restricted and prices high. Testing is required before travel, even if you are vaccinated, and fans have to retest every two days. Our FIFA accredited agency says there is NO interest whatsoever in Qatar 2024.

Cruise lines have been contracted in to provide extra accommodation and some fans have chosen to overnight in nearby hubs such as Dubai and fly in for individual matches. Some accommodation is now coming available in the past week, but there has not been a big handback of accommodation with about three weeks to go, as in the pattern of previous world cups, leading to the sort of panic selling such as that seen at Rosebank in 2010.

Irish fans have a world cup in another code in Paris next September (with one match in Bordeaux) which is much more tempting with the wine is better. You’ll never unseat the Irish. 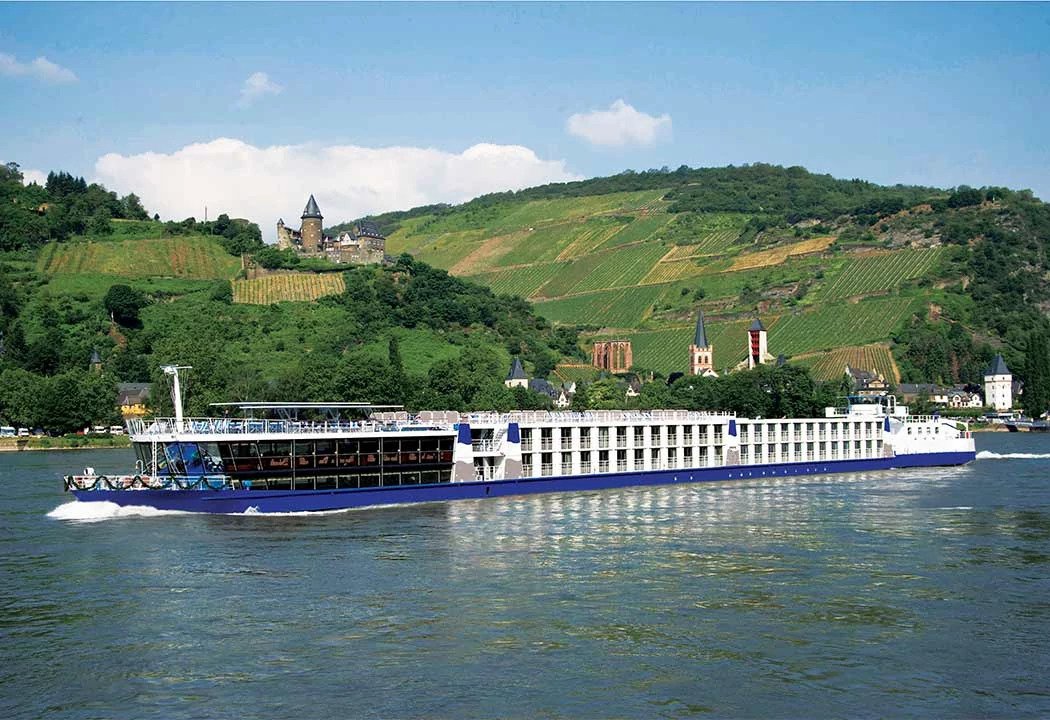 Just when we thought cruise ships had made it through the summer, Arena failed, with a considerable number of Irish clients booked to sail on the English-based river cruise company. Those Covid cross currents are still there. 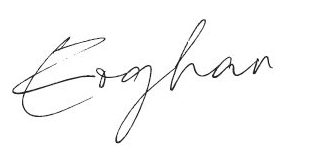 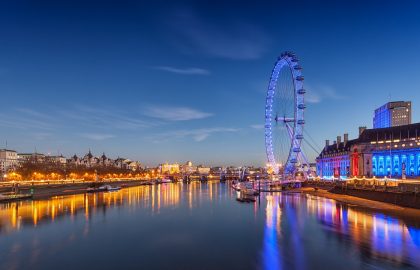 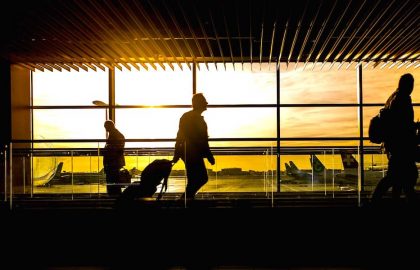 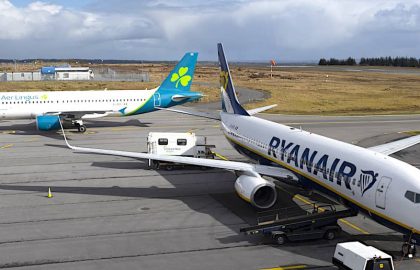 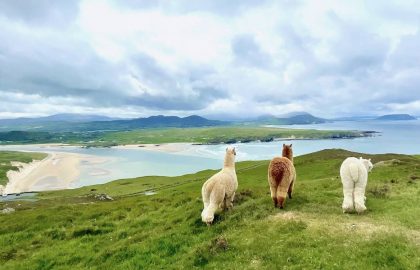 Top 10 Things to Do In Inishowen, Donegal 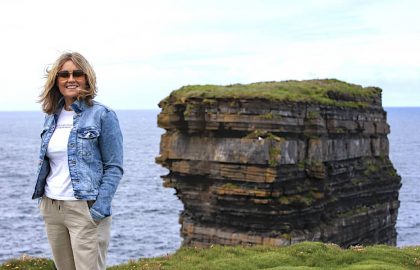