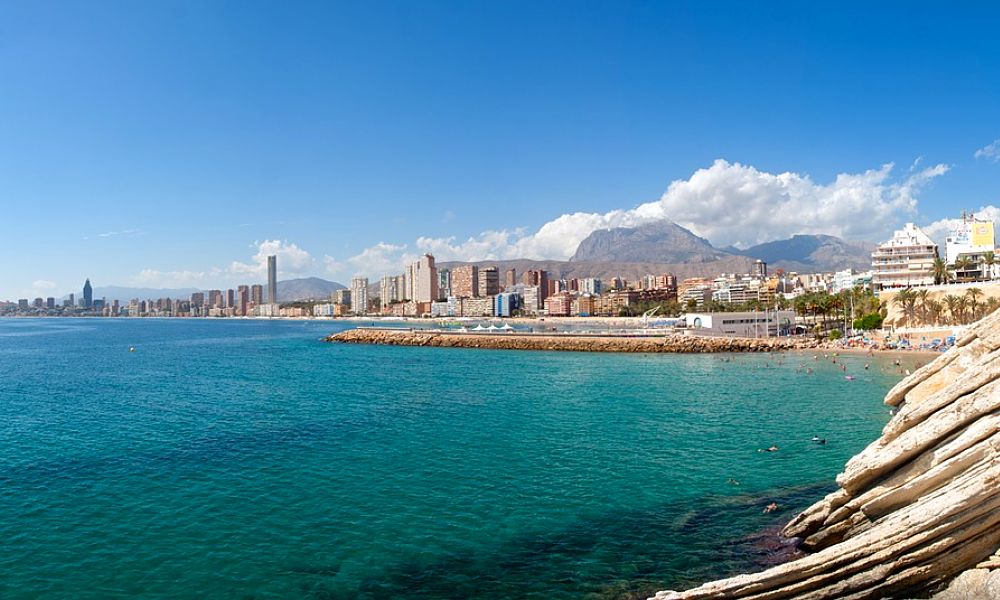 For years, I couldn’t understand the appeal. I had to know why Benidorm was the most searched destination from Ireland on Google last year.

I was aware that Benidorm had good nightlife, and of course it is renowned for its low cost of living – but don’t most Spanish resorts have this? I finally got the opportunity to visit this place that had perplexed me so much,  I was invited on a familiarisation trip and I  jumped at the chance to see what Benidorm had to offer.

After a pleasant 2hour 20 minutes flight, we arrived at the Costa Blanca.  I must admit my first impressions were not that great, high rise buildings and English bars everywhere. I found myself wondering why this place was so popular with Irish people? It wasn’t until that night when suddenly it all became apparent. Until then, the only thing I had heard about the nightlife was that it was loud and catered mostly for stag and hen parties! I have visited most Spanish resorts and have experienced nightlife on many levels, but Benidorm has so much more. There are bars, disco bars , karaoke but its the shows that differentiate it from everywhere else. People, young and old, thronged to see amazing tribute acts, Take That, Westlife, Queen, U2,  unique comedy acts, and everyone was fantastic! 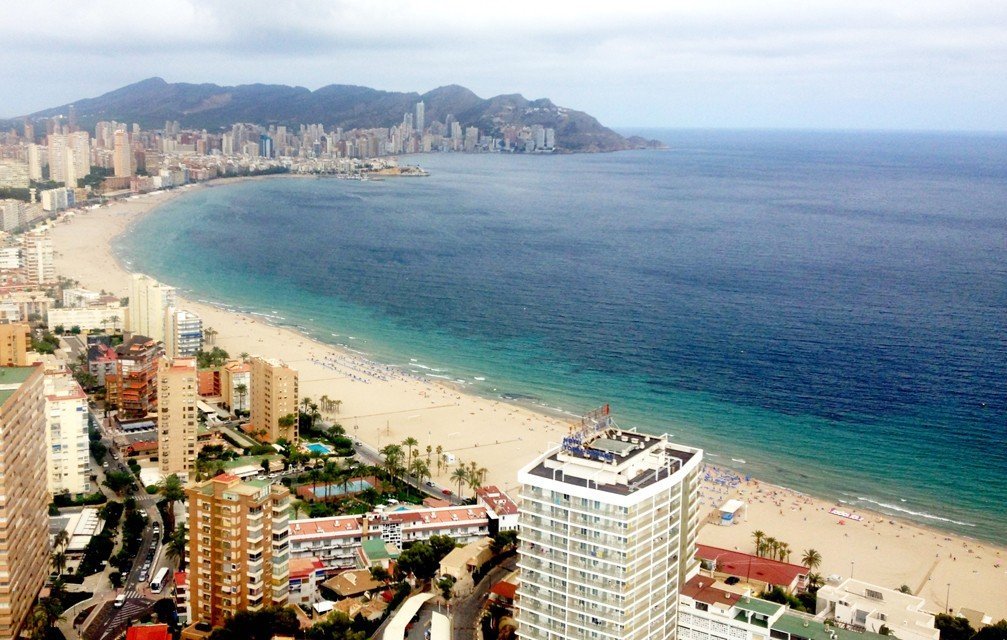 We found ourselves wondering “why are some these acts not winning  X Factor”! When it comes to nightlife, Benidorm is king, there is nowhere better – it has it all.  It was like being in the West End but everyone walks around in shorts and teeshirts and all the shows are free! The cost of living has to be lower than other Spanish resorts, 6 bottles of beer for €5, or €1 for a pint – hard to beat that anywhere!

Now that I had warmed to the nightlife, I tried to feel the same way about the resort itself. I  was pleasantly surprised when visiting hotels that most rooms had sea views.  In the 1950s, the mayor of Benidorm decided he wanted hoteliers to build upwards so everyone could get a beautiful sea view.  With these high rise buildings everything is in close proximity and Benidorm can cope adequately with 500,000 tourists at any time.

Benidorm has five stunning beaches, stretching over four miles. You can choose Levante Beach which is close to the lively centre and tends to be extremely busy, or the quieter Poniente Beach which has a newly built promenade, great for an evening stroll. In between both you have the old town of Benidorm. It is packed with shops, tapas bars and oozes character. We enjoyed a fabulous lunch with sea views right in the heart of the old town, it was perfect. 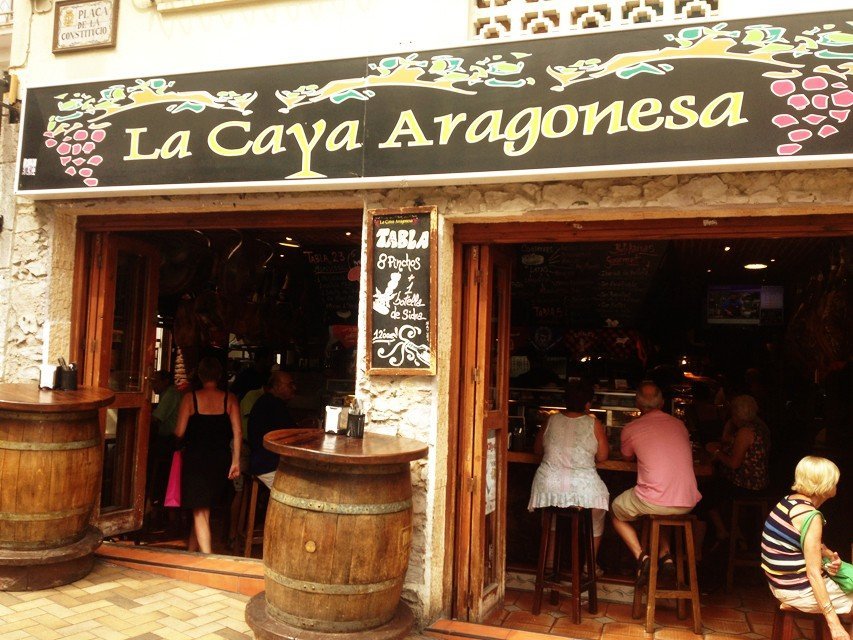 Not only did I have a new found respect for Benidorm as a destination, but I realised that it has so much more to offer than nightlife and beaches. What other resort can offer five theme parks within a ten minute taxi ride from the centre? There is Aqualandia, the largest aqua park in Spain with one of the tallest slides in the world! There is Mundomar, a park with dolphin and seal shows and of course Terra Mitica, if rollercoasters are your thing then you can’t afford to miss it! Lets not forget all of the possibilities for day trips, there is the stunning Villajoyosa with its colourful buildings and the city of Alicante which really surprised me. The castle of Santa Barbara is well worth a visit, with lifts that go all the way to the top, the views are stunning! The palm tree lined promenade stretches the length of the City. Alicante has beautiful old  buildings and an affluent marina, it stuck me that not only is it a nice day trip from Benidorm, it also is a great option for a city break. 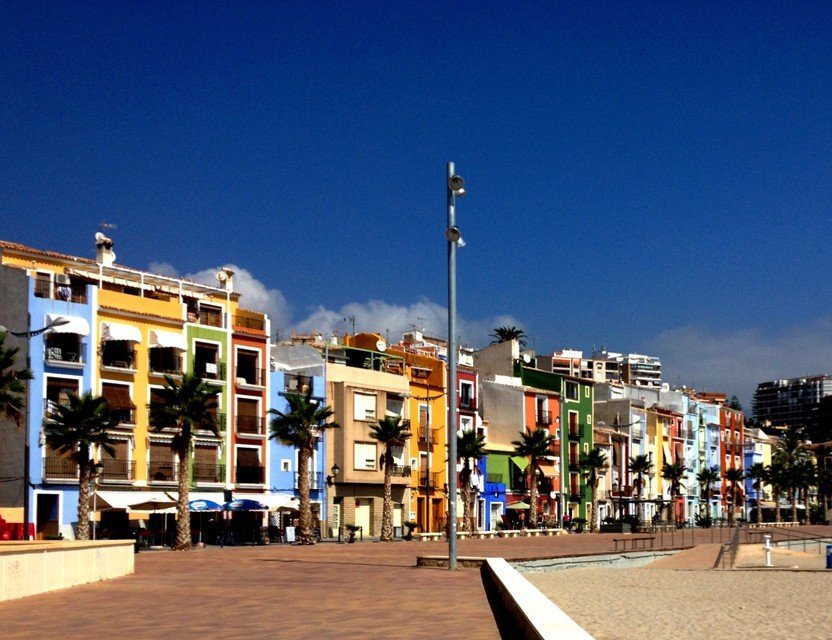 I know finally understood the whole Benidorm phenomenon  and why seven years later, the TV series is still such a huge success. Benidorm has sun most of the year, stunning beaches, a variety of Hotels, fantastic nightlife, an old town full of character. Benidorm has something for everyone and it is a destination everyone should experience at least once in their lifetime!

Sarah Slattery8 years ago
9 Dublin Airport Tips You Need To Know Before You Fly
Orlando, Florida

Back posting a pic from Alghero again because I ha