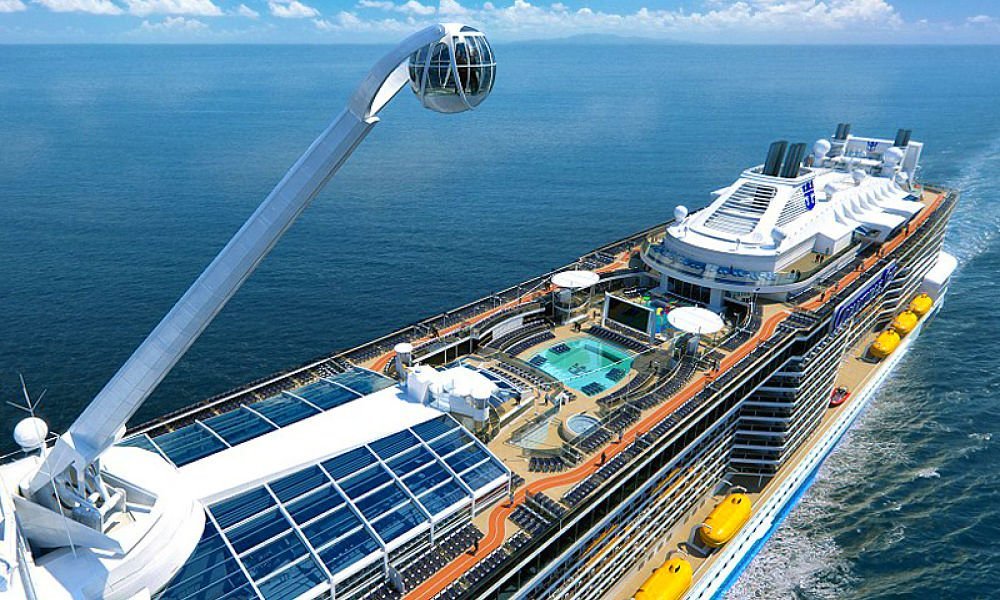 I knew I was in trouble when I boarded and was given a 16 page map! I only had a half day to see this enormous ship. And when I say enormous I mean ENORMOUS – Royal Caribbean’s Ovation of the Seas, is longer than three football pitches and higher than the Sydney Harbour bridge!

Ovation of the Seas is the third ship in the Quantum Class range, and is almost identical to it’s sisters, Quantum of the Seas and Anthem of the Seas. Heralded as the most innovative ships at sea and the ability to carry over 6400 passengers and crew – they are the most technologically advanced ships in the world.

They feature first at sea amenities, including sky dive experiences, surf simulators and the North Star, an observation capsule which ascends 300 feet above sea level. Even the state of the art interior staterooms offer ‘virtual’ balconies , where images are reflected in real time on digital screens. Guests can have a real time view of the ocean even from an interior stateroom! 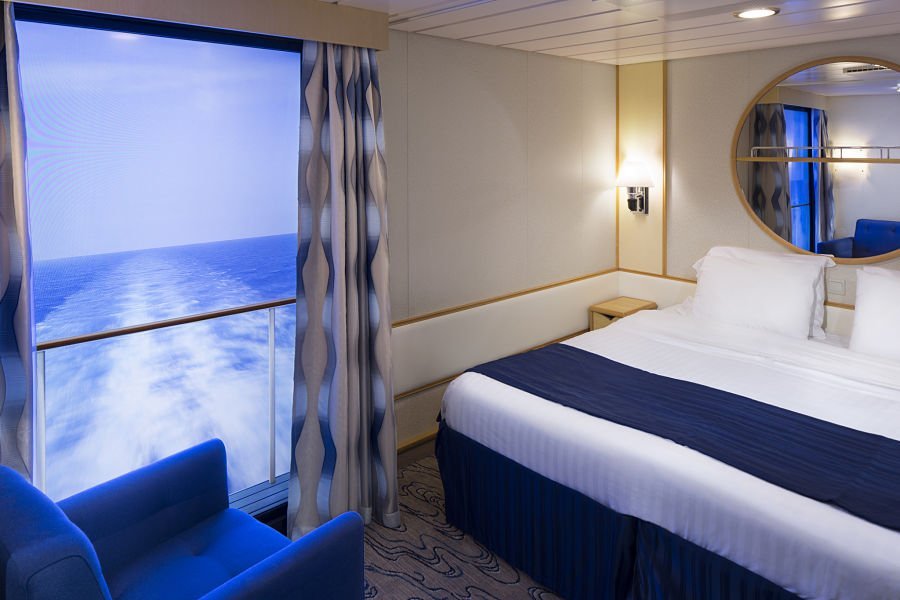 I think I used the words ‘mind blowing’ over and over during the day. Did I mention there is a $4.5 million art collection on board? At one stage we were fortunate to get a tour of the bridge – the sheer size of it was mesmerising. To hear the captain describe the proud feeling he gets when he parallel parks it at his first attempt. I was blushing at the thought of how excited I was when I got parking sensors on my new car! 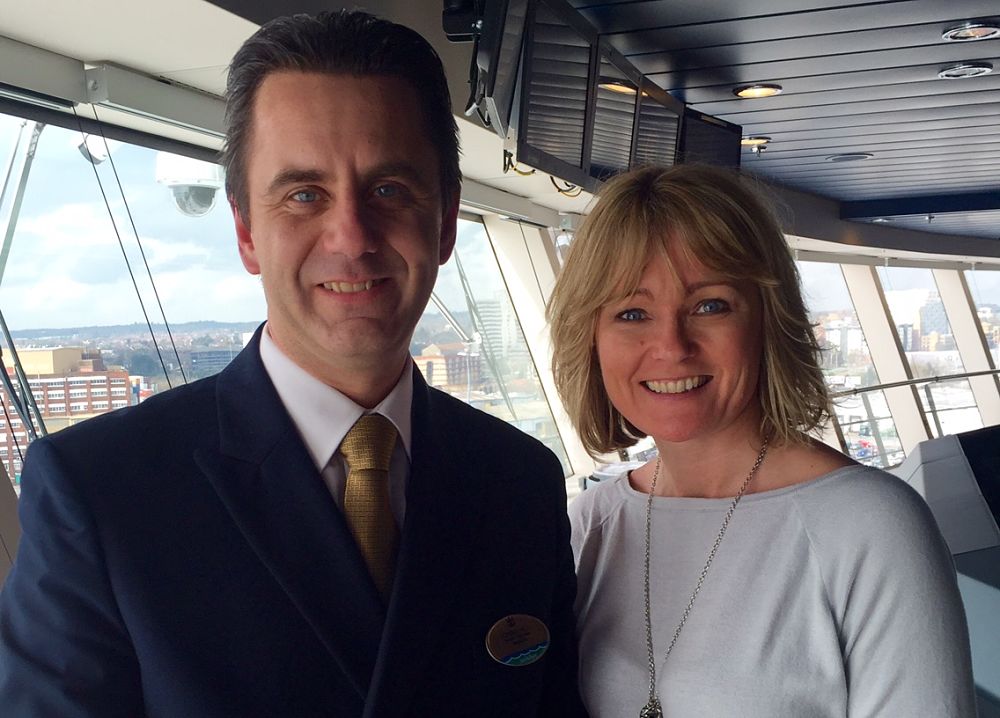 Immediately we set off on our guided tour, we couldn’t waste a moment. It was actually quite bizarre, we walked past the Seaplex and saw people chasing each other in bumper cars. The Seaplex is an indoor sports zone with a full size basketball court, roller skating, a circus school ( flying trapeze lessons anyone?) and live global video gaming. 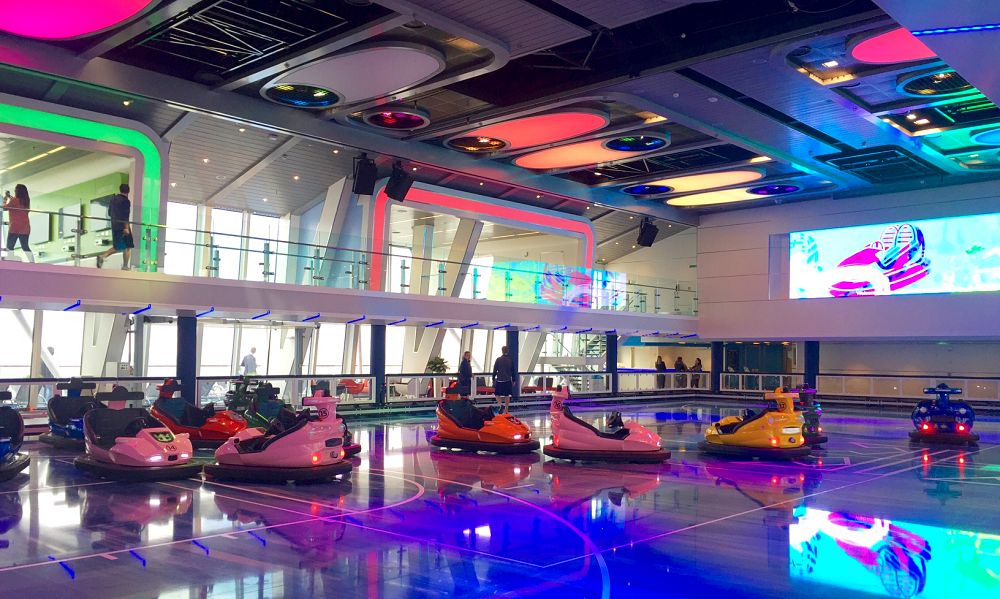 If you are more the outdoors type you can try rock climbing or the surf simulator – flowrider, as its more commonly called. Thankfully I wasn’t given a choice of activity because genuinely it would have been impossible to choose! Everything looked amazing, I wanted to try it all! When we turned a corner and saw people skydiving in a virtual wind tunnel. I was blown away (excuse the pun!) I had heard about the rip cord by iFLY simulator but seeing it first hand, is a different story. It is identical to those used by professional sky divers for practice. It simulates the feeling you get if you were actually brave enough to jump out of a plane. To date I haven’t been that soldier and I reckoned this was probably the closest I was likely to get – I just had to give it a go! 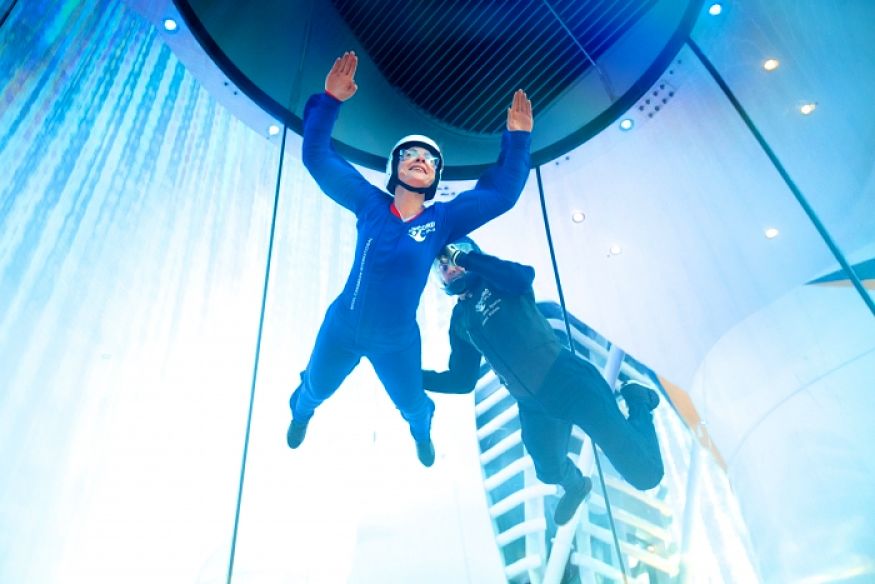 The fully trained staff made you feel completely at ease and after watching a short video, the nerves had disappeared. It was an incredible feeling, and something I would like to try again and again. I would imagine if I was on a week’s cruise, I might try it a few times. I noticed that lessons are also available so it got me thinking – maybe the elusive sky dive might no longer be just a pipe dream… If you are the sporty type, Ovation of the Seas also has a running track, a state of the art gym with TRX and bootcamp classes. Don’t worry, you can relax in their internationally acclaimed spa afterwards! 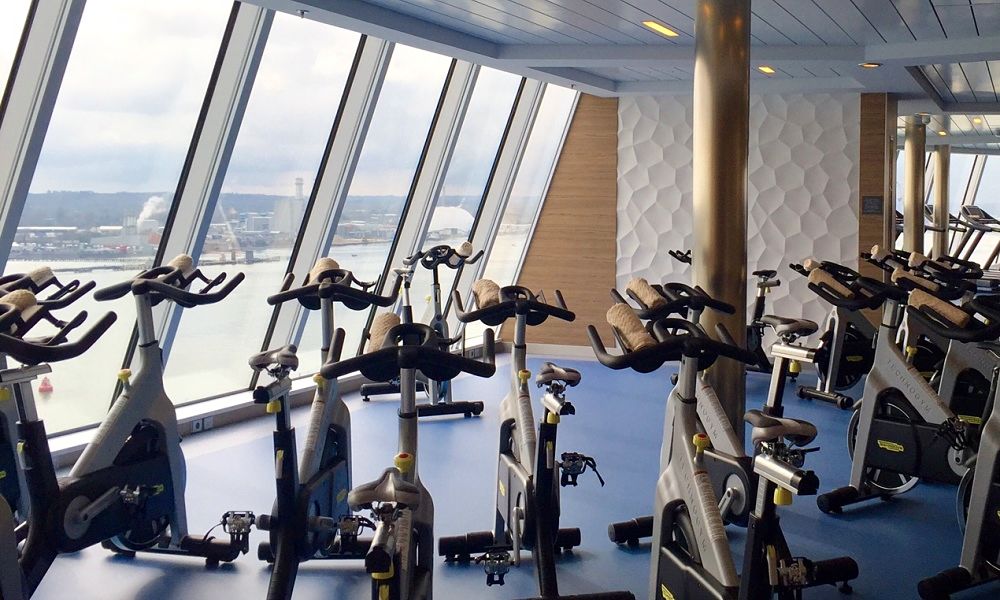 You might want to consider using some of the sports equipment because the chances are you will not be able to resist the mouth-watering food on board! There are 18 different restaurant choices, with everything from burger bars to fine dining. At the Wonderland themed restaurant you are given a blank easel and a brush to ‘paint’ the menu. Suddenly, voilá, your menu appears! Quirky or gimmicky, I wasn’t sure, but imaginative none the less. Like all of their speciality dining restaurants, the food is exceptional. 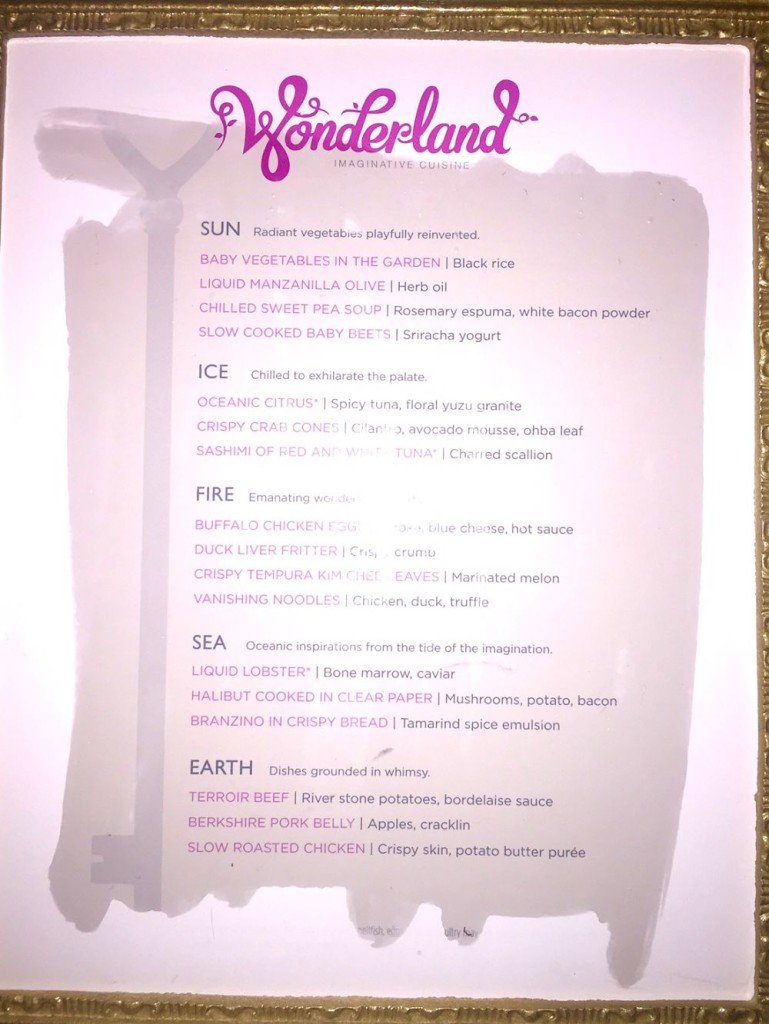 I ate in Jamie’s Italian, this is the third Jamie Oliver restaurant on board Royal Caribbean ships – if it ain’t broke don’t fix it I suppose. The food was excellent and the service, top class. We had sharing platters of antipasti which offered a different dish from each part of Italy, North to the South. You just knew you were sampling the best of Italian cuisine and the speciality of each region was a nice touch. 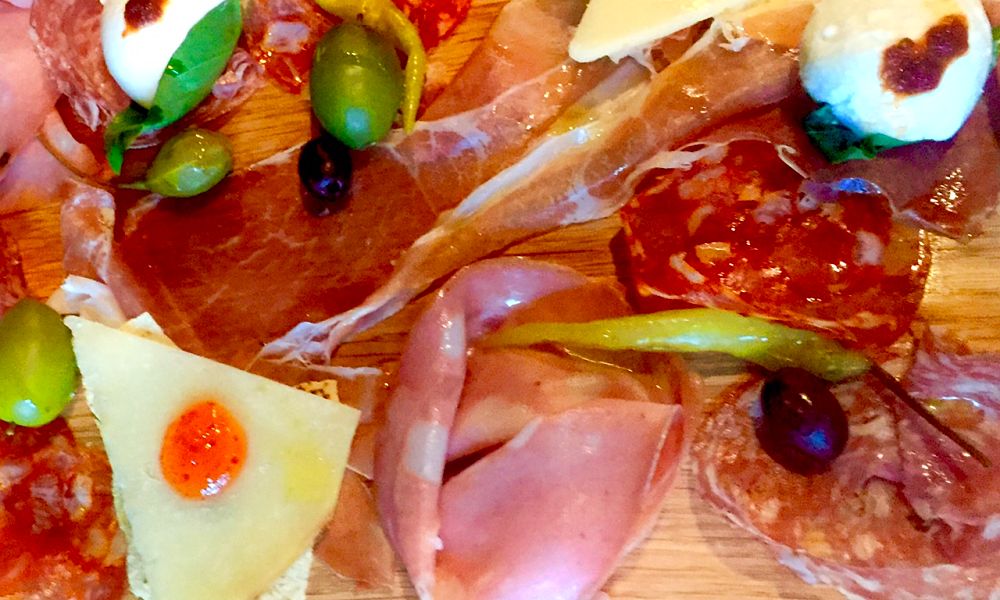 What then to choose? The theatre, magical music in the piano bar, an acoustic session in the Irish bar or the infamous Wildboys 80’s band in the Music Hall ? I’m partial to a bit of 80s music so I couldn’t resist, and boy, they did not disappoint. The atmosphere was electric and for a minute I thought I was in Wembley at an amazing concert. I just had to have a drink in the bionic bar afterwards ( for research purposes of course), hard to believe but they actually have robots serving drinks! 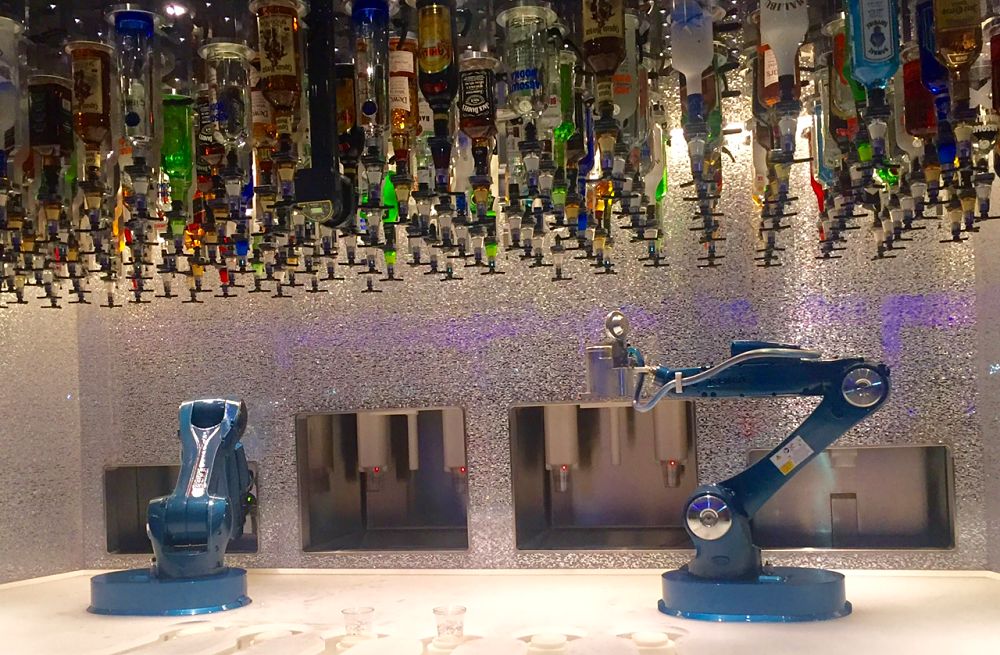 I would have liked to try the casino  but thankfully sense prevailed ! I knew I had to disembark at 8 am the following day so I sensibly avoided it and the numerous bars and shows that continued until the small hours. Instead I retired to my spacious stateroom and availed of the WiFi which is FAST and FREE! As I disembarked the following morning, I noticed a man removing a tile in the elevator to read Tuesday instead of Monday. There are sixteen passenger elevators on board and this is done every day. 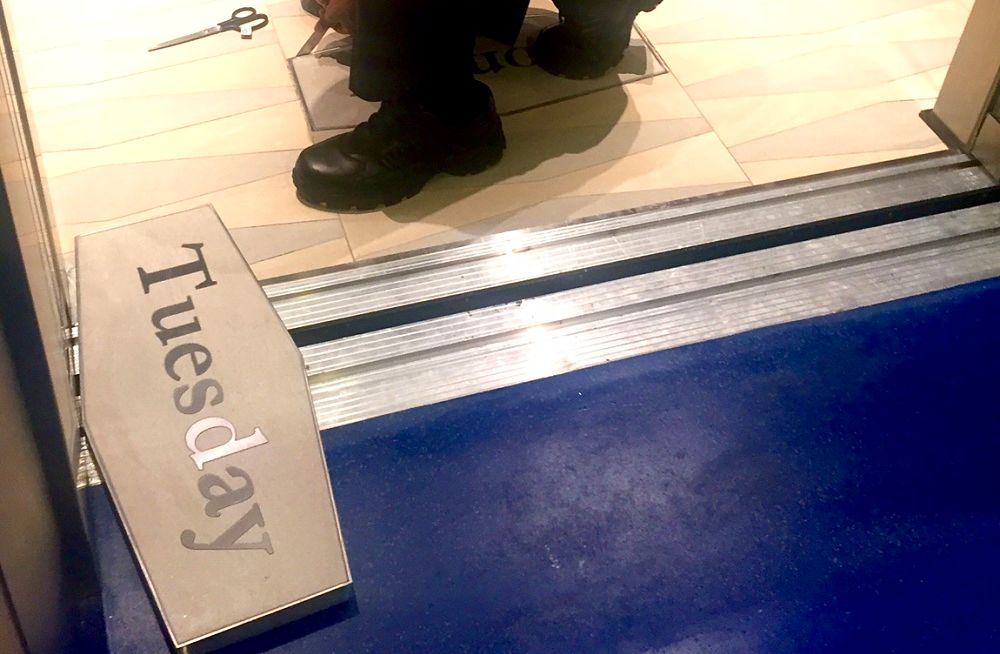 The attention to detail on board Ovation of the Seas is phenomenal, the Royal Caribbean slogan ‘where extraordinary happens’ couldn’t be more apt!

Like cruise holidays? See all my cruise reviews and cruise deals here.

Sarah Slattery6 years ago
Royal Caribbean’s Harmony of the Seas, Fly Cruise Deal, only €1,479!
12 things to do with kids in California