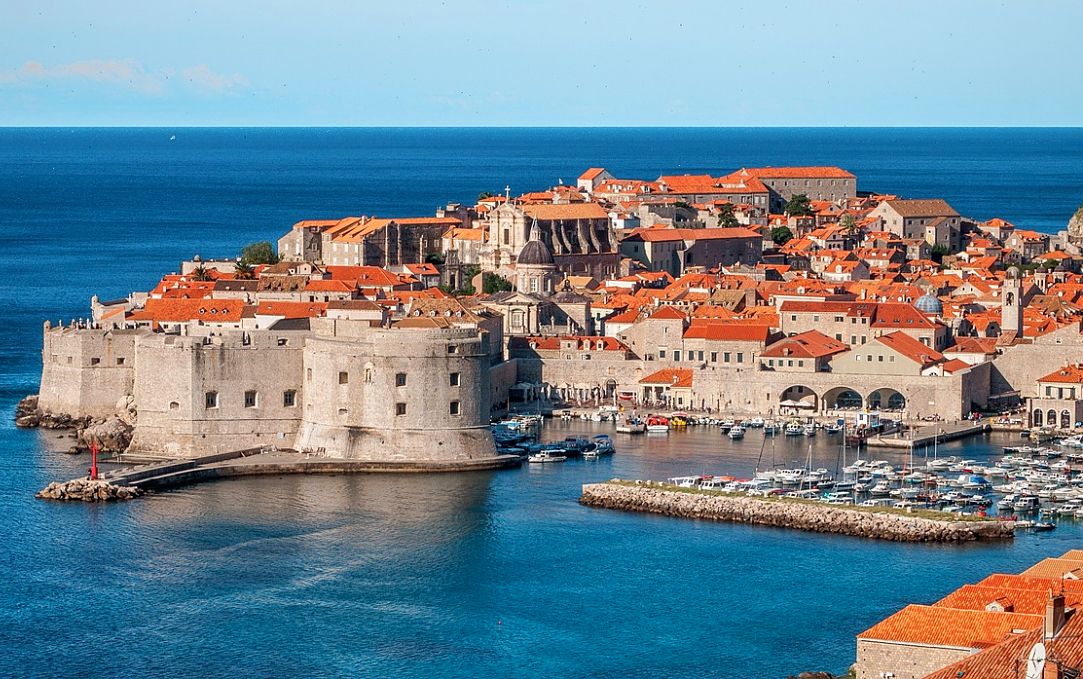 It is impossible not to fall in love with Dubrovnik. It’s old walls and limestone streets are intoxicating. Check out my top Dubrovnik tips and get planning your next break away.

Walking through the streets of Dubrovnik in the blistering heat, I longed for a bar with a sea view. One of the Dubrovnik tips I read on TripAdvisor was to seek out Café Buza, but when I arrived, I was underwhelmed. People were packed like sardines under sweltering umbrellas, fighting for a view of the ocean. Fortunately for me, I didn’t hang around to tick that particular box.

I did however stumble across a unique ‘hole in the wall’. To be honest, it was my son Luke, whose curiosity got the better of him, who discovered it. We followed him through a gap in the ancient stonework. With no apparent signage or indication of what was below, we climbed down numerous stone steps only to discover the coolest cliff-top bar, packed with sunbathers and tombstoners. For those of you who have not come across that term, tombstoners are people who jump off high (and sometimes dangerous) rocks into the ocean.

I asked the barman if he had a card or even an address. He looked at me perplexed and said that the less people who found the bar, the better. An unusual form of marketing, I thought! It’s called Café Bard, but keep it to yourself… Everyone was chilled out sitting on cheap white plastic chairs, or sunbathing on the rocks with towels they clearly brought from home.

The bar reminded me of a scene from my student days. For an hour or more, we sat back and enjoyed a few beers and watched the daredevils jump from crazy heights. I wondered, with some trepidation, if that would be my children someday. 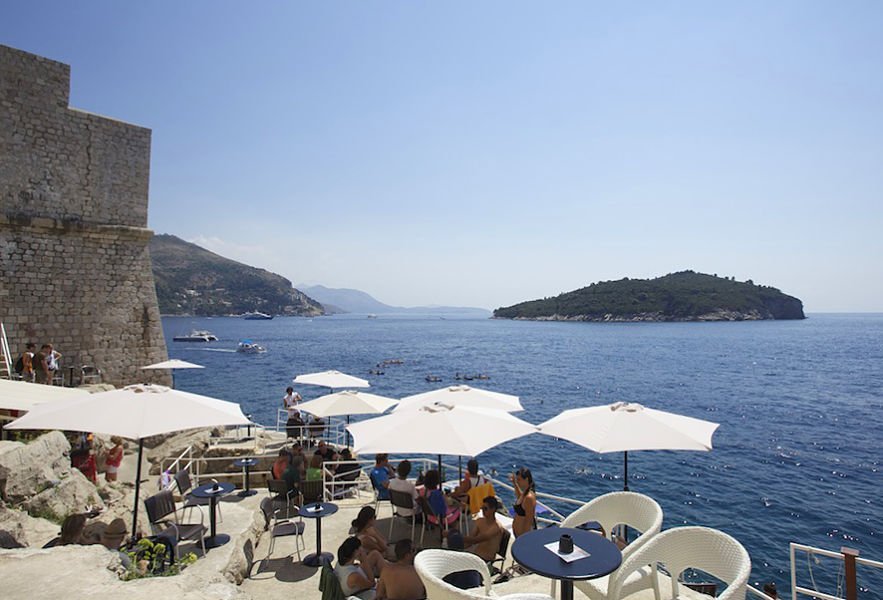 Dubrovnik had been on my wish list for many years. Finally this year, I got there. I have visited many walled cities and towns before, but Dubrovnik is special – it looks like something straight out of a film set. When you consider the walls were constructed between the 12th and 17th centuries and were bombed as recently as 1992, the town is remarkably well preserved.

The surrounding walls are one of the main attractions – you have to climb them. If you are not feeling energetic, or like me, have small kids with you, you can choose to climb one half. This takes about thirty – forty minutes. Dubrovnik Tips: Enter at the gate beside the port and exit at St Saviour’s church – this is less strenuous than the other half.

The full loop will take ninety minutes to two hours so make sure you have comfortable shoes! One of my top Dubrovnik tips is to walk the walls between 6pm and 8pm – after which they close entry. The hoards that descend on Dubrovnik from the visiting cruise ships will have more than likely left, so it should be less crowded. You may be lucky to get the sunset over the terracotta rooftops too. 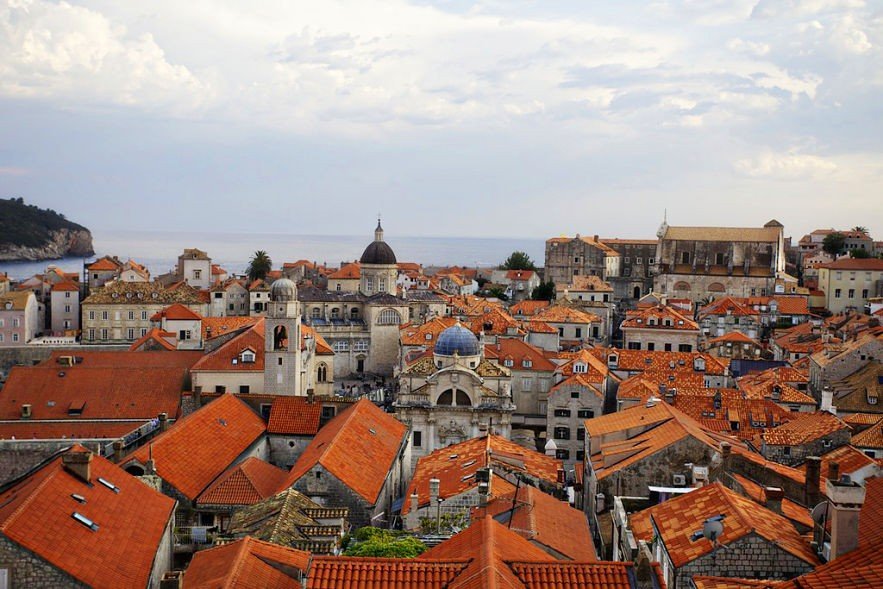 A trip on the cable car is also worthwhile. A three minute ride will bring you to the top of Srd Hill where you can get a view of the city and the neighbouring islands. On a clear day you can see up to 60 km, hence the fortress was built here as a lookout point.

This fortress is now a museum depicting the Homeland War. Although many of the articles are in Croatian only, it was very moving. To think this war happened just over 20 years ago is staggering. Watching news footage of the war from the BBC made you appreciate how much has changed in 20 years. The vibrant city below shows no outward signs of the atrocities that took place.

Next to the museum there is a modern outdoor café. This is a good choice for lunch or a snack, with good food and spectacular views. On a hot day, the cool breeze makes the al fresco dining much easier to bear, than the narrow side streets of the old town below. 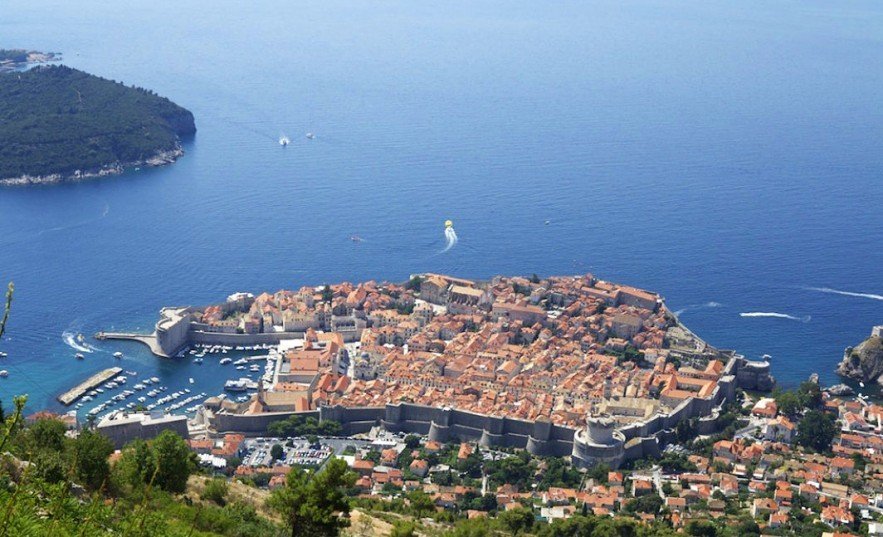 Discovering Dubrovnik is not only about the paying attractions – wandering through the old town is an attraction in itself. Built on a grid system with one main street through the centre, it is very easy to navigate. The side streets are crammed with eateries and souvenir shops and the atmosphere is electric.

There are street artists performing on the main street and the whole place just feels alive. The town has two drawbridges, numerous turrets and lots of places to explore. Although it houses plenty of designer boutiques and modern ice cream parlours, it still feels medieval throughout. 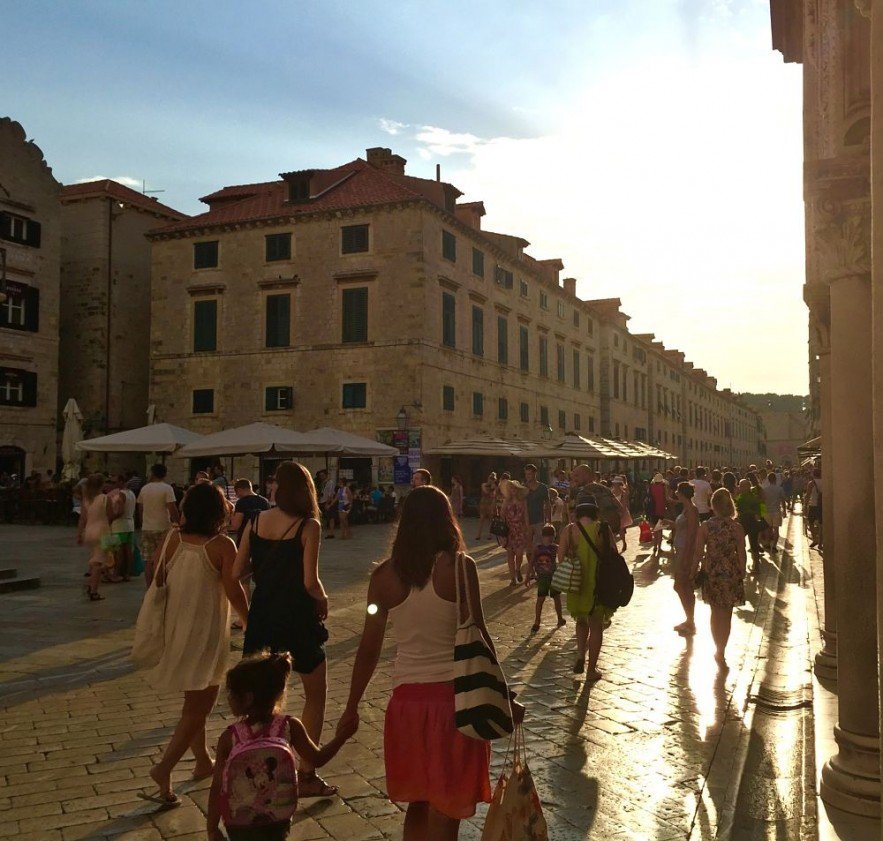 My advice would be to avoid visiting for long periods during July and August, or stay in one of the resorts close to Dubrovnik rather than in the city itself. Some days there could be three cruise ships moored. That could mean 10,000 tourists walking through this small city, in soaring temperatures.

There are some beautiful resorts close by, all of which offer water taxis to the harbour. I stayed in Cavtat, which you can read about by clicking here. We visited Dubrovnik in the evening and early morning when temperatures were cooler and the city was less crowded. Croatia tours are the specialists to Croatia and they have many accommodation options available close to the old town.

Top Dubrovnik Tips: Check out the monthly cruise schedule that the Croatian Port Authority publish. If you are staying outside the city walls you can choose the days which won’t have as many cruise ships docked. Click here.

I hope you enjoyed my top tips for discovering Dubrovnik and that they help you with your travel plans. Dubrovnik is one the most spectacular cities in Europe, you can not help but be in awe of the place. Go see it. 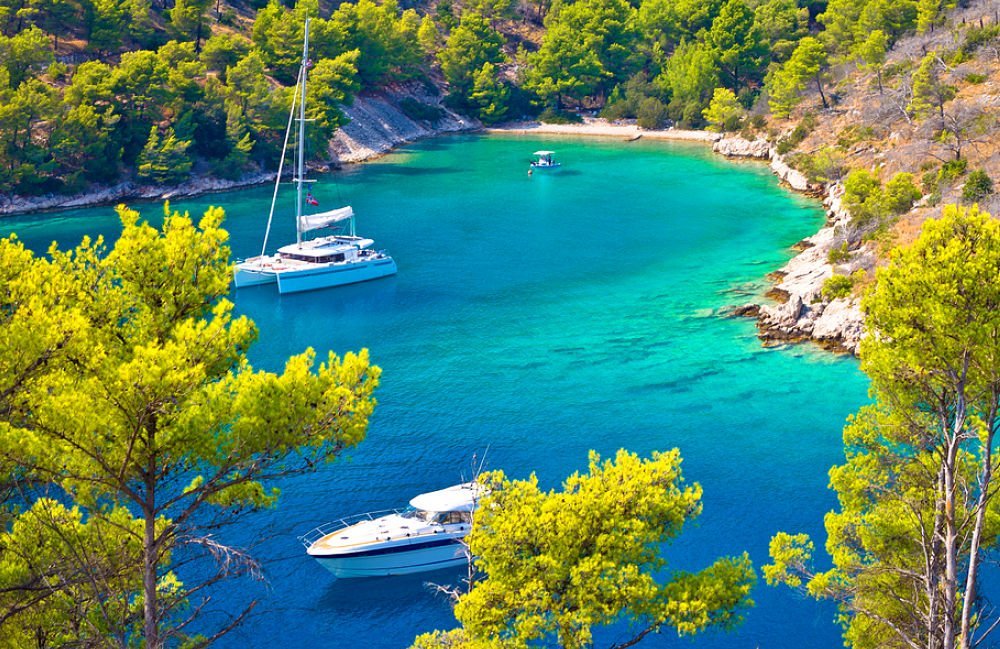 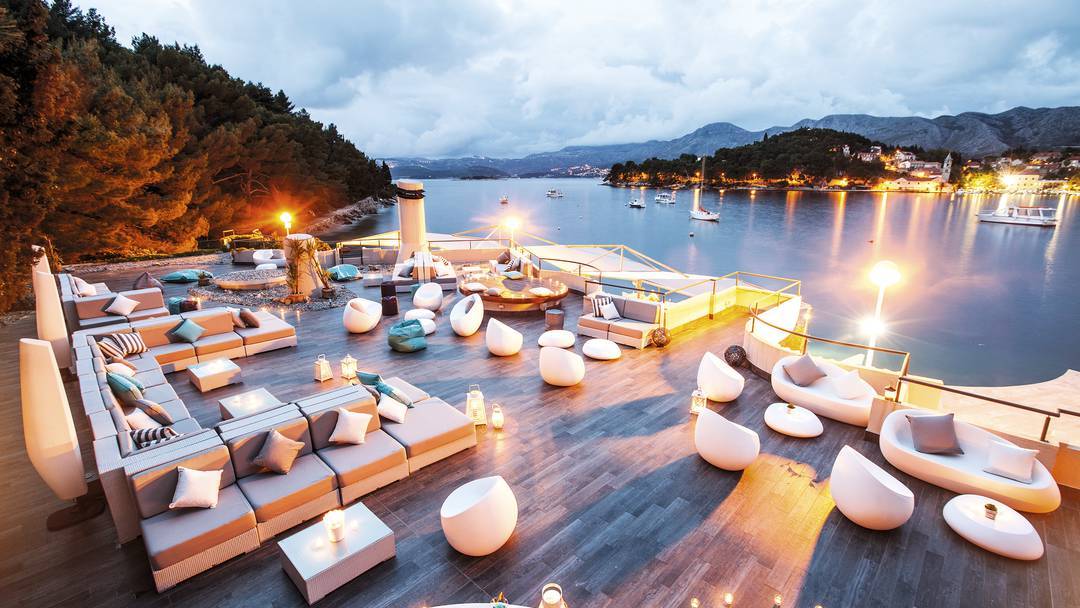 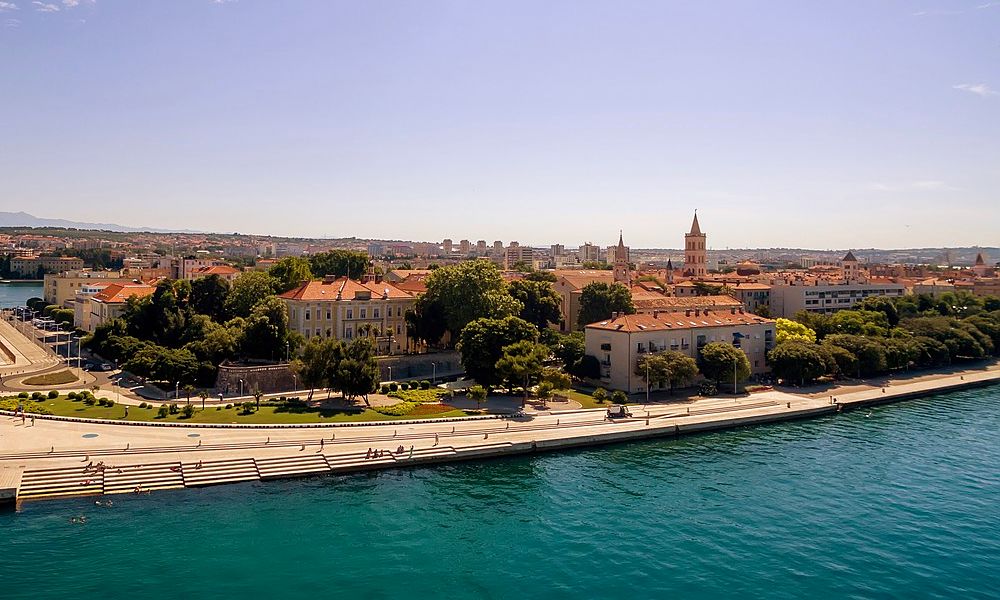 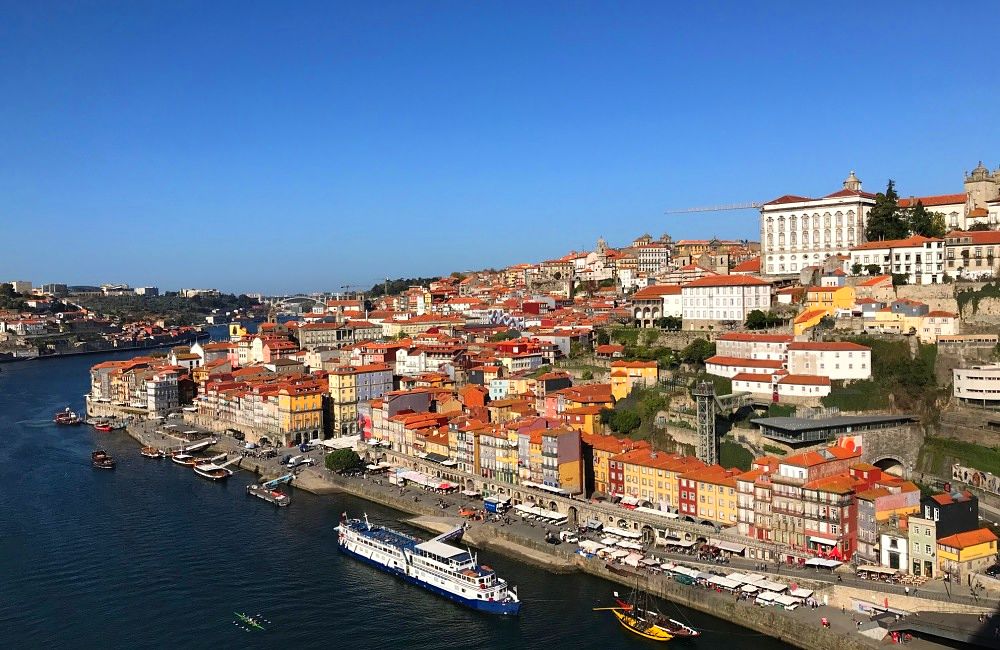 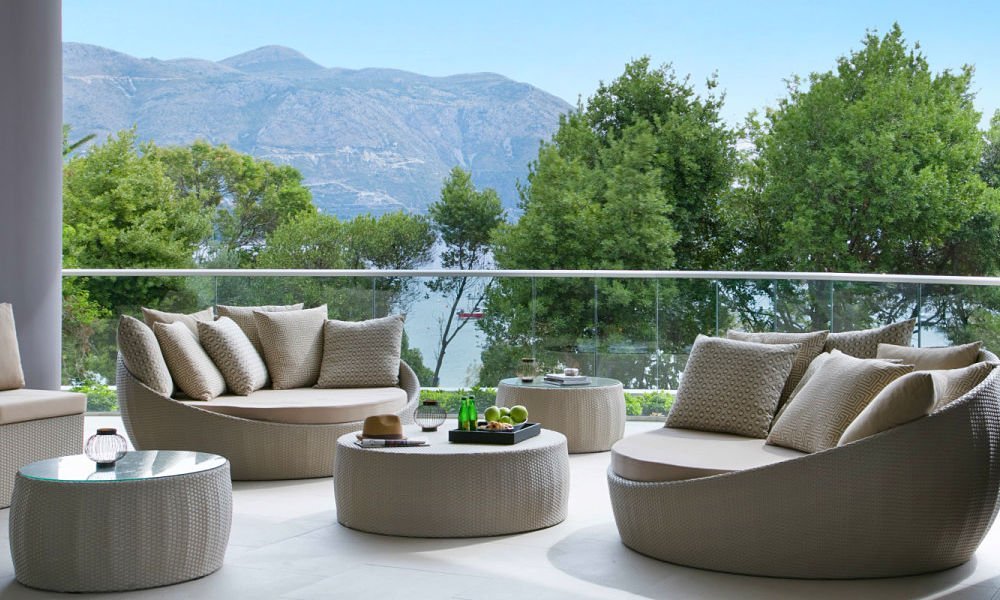 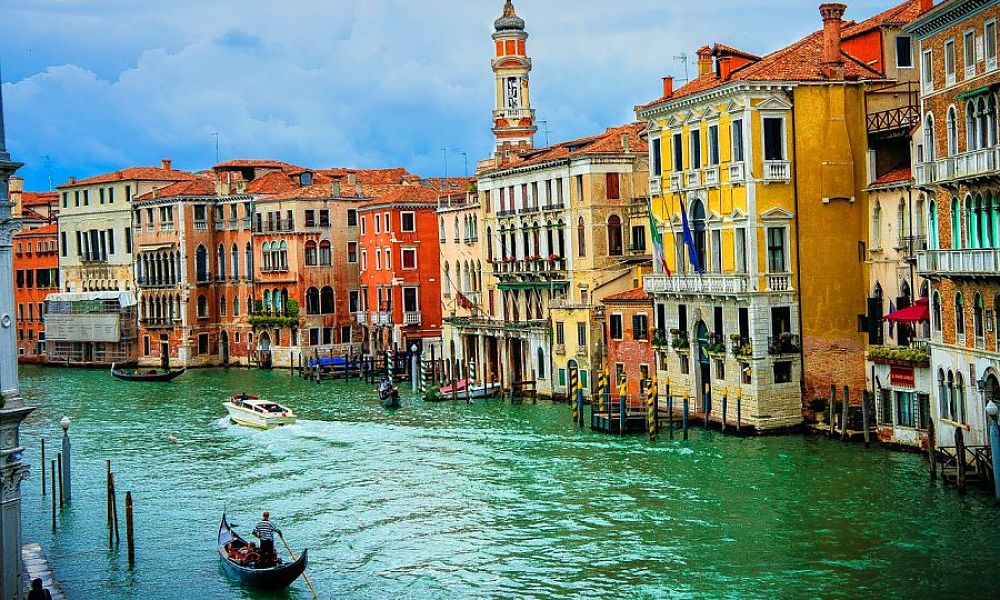